As more and more smartphone’s functions developed in the past few years, the camera function got a great improvement. 15 years ago, we used Motorola which just can give someone a call and send a message to friends. 10 years ago, the camera function showed up on our phone. 5 years ago, more and more people used the smartphone, and the photo we took by smartphone was clearer. Today, many smartphones have high pixel, most photo can achieve a professional effect. So there is a huge market in smartphone field. One newest thing is smartphone stabilizer, which can make shot photoes more convenient by using high technology. But there are already too many types, how to choose a better one, as the gimbals are same? We can choose a product by selecting a company. Today, we will introduce top 10 smartphone stabilizer companies.

Shenzhen Yuejiang Tecnology Co. Ltd. is a company who is focus on creating more high-tech machine and robots aims to bring more convenience to our work, education and daily life. The smartphone stabilizer which they created is called Rigiet. It’s a cost-effective product as the low price $269.00. The price is lower than many smartphone stabilizers, but Rigiet has more function and more stable than the others.

As a smartphone stabilizer, the stability is an important thing to judge the quality of Rigiet. Yuejiang adopts a 3-axis system to improve the stability. Rigiet has a function called auto-track. You can just circle your friends, your dogs and even insects on the screen, it will track the thing you circle by itself. And Rigiet smartphone stabilizer has 6 shooting modes, which even can achieve Time Lapse and Slow Motion.

Rigiet will bring you more fun to your life. 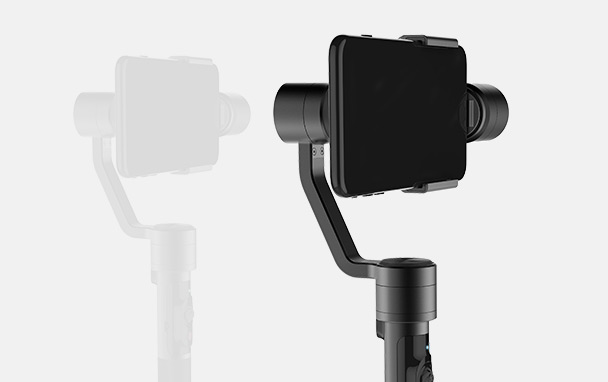 Strictly speaking, DJI is not only a simple smartphone stabilizer company just like Yuejiang. In 2006, DJI funded in Shenzhen as a world's leading developer and manufacturer of unmanned aerial vehicle control systems and unmanned aerial vehicle solutions. These years the DJI did many projects in intelligent field. OSMO Mobile-Rock-Solid Gimbal Handheld Stabilizer is a part of them. DJI’s smartphone stabilizer has easy operation. It can be balanced by adjusting the locking cap’s location. It also includes four different shooting modes. More convenient is OSMO can auto connect the phone through the Bluetooth. 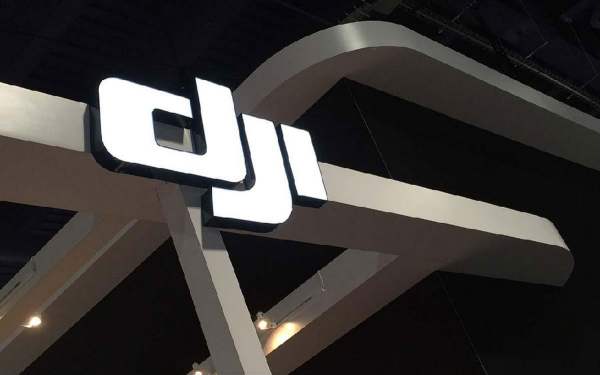 Zhiyun is a totally stabilizer producer. Its’ products include camera stabilizer and smartphone stabilizer two types. And the Zhiyun create the smartphone stabilizers since 2015, they took part in many world-class competitions. The smarphone system is called Smooth. There are five Smooth in the market now. The speed of Zhiyun develops a new product is very fast. The newest one is Smooth-3. It’s designed an all metal shell without any excess weight. There are for two ways to control the stabilizer, one is on the phone screen, another one is using the button on the handheld. It can meet the requirements of people who have different habits. 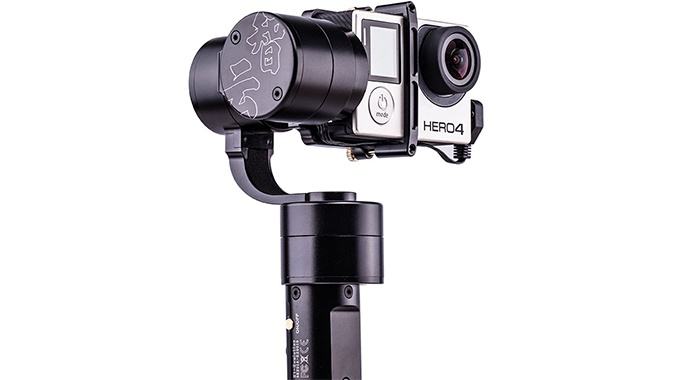 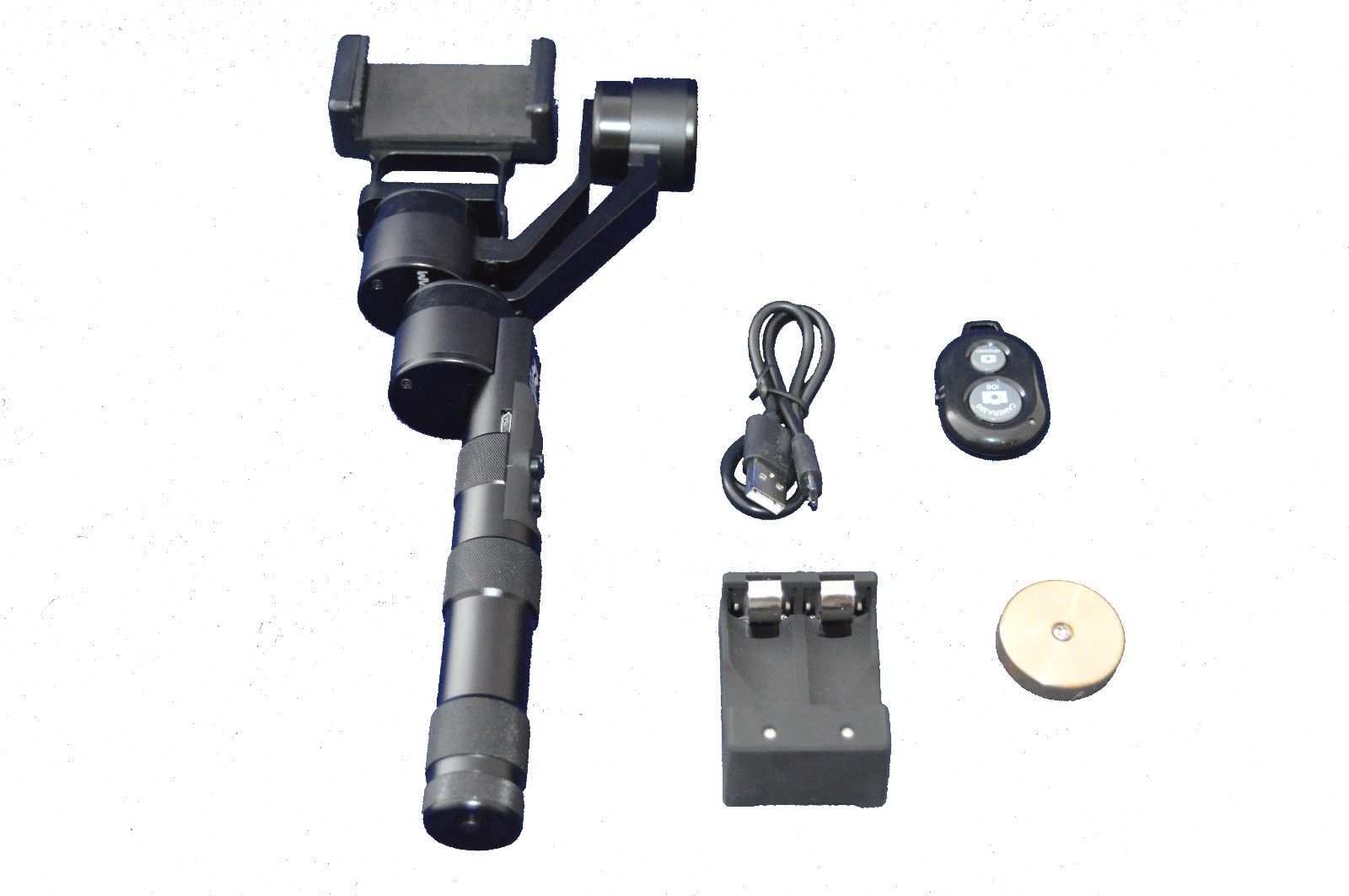 They are totally a stabilizer company who wants to help amateur becomes professional. Sync developed two kinds of stabilizers, one is for smartphone, another one is for Gopro. The newest smartphone stabilizer named SY500-001SP Smartphone Stabilizer, it is very light at the 13 oz weight, so it can be used by everyone. If your smartphone’s screen is smaller than 5.5 inches, such as iphone 4,5,6. The stabilizer will be extremely suitable for you. Nevertheless, the newest gimbal just have a 2-axis system. That might make your video a little shaky. Their GoPro stabilizer has 2 internal brushless motors and 3.5" LCD monitor. It is appropriate to Hero 3, 3+ and 4. 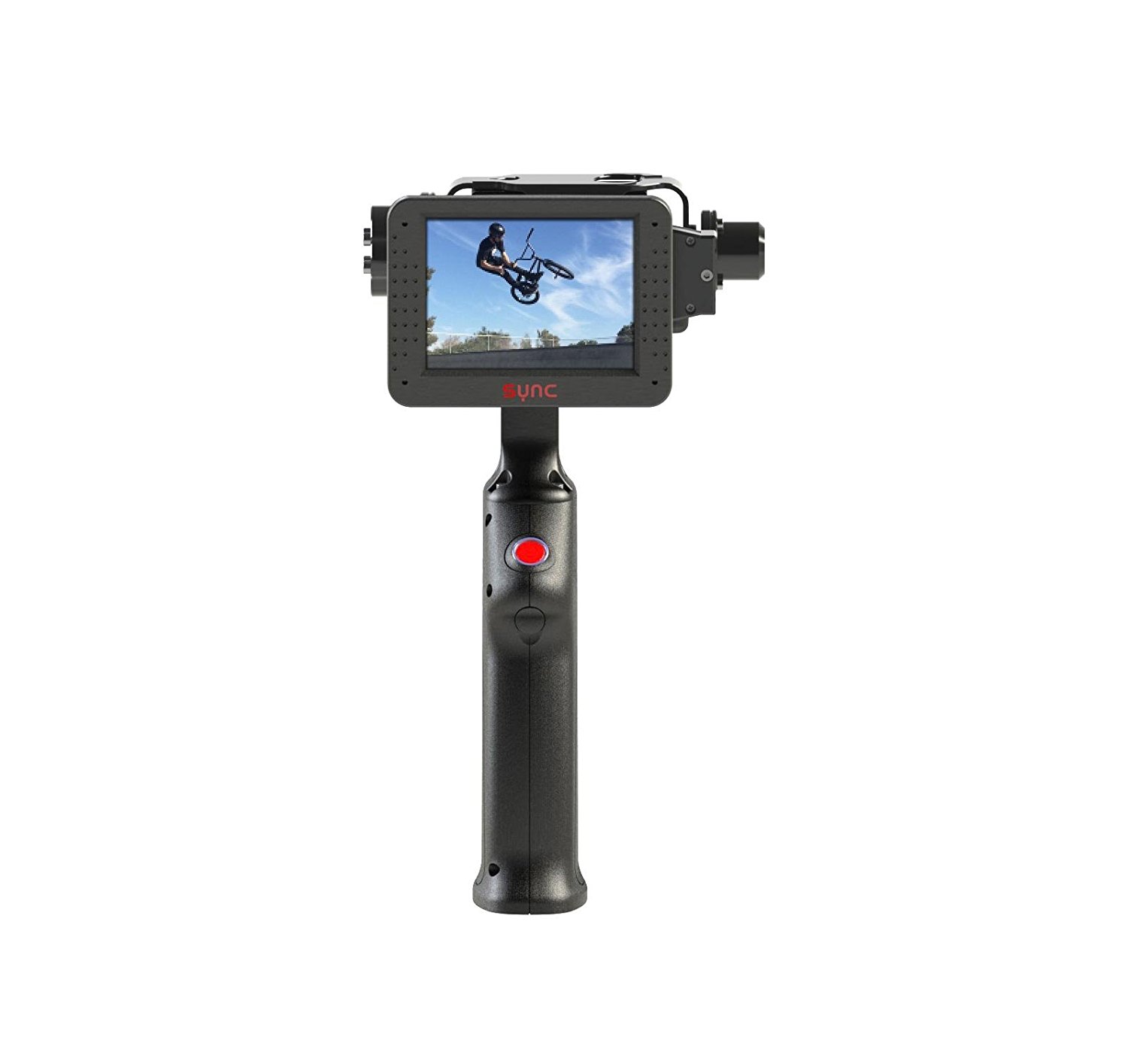 Steadicam is a brand of camera stabilizer. A portable frame for a motion picture camera that can be held by hand. Invented by American Garrett Brown, it has been extensively used in the industry since 1970s. The machine allows the shooting process more smooth, even you are in the moving process. Now it’s Tiffen’s brand which focusses on producing stabilizer. Their newest smartphone stabilizer is the first handheld gimbal who named volt. VOLT adopt a 3-axis system, has two modes ‘Movie’ and ‘Sport’. The more important is you balanced the Gimbal once. It can work when the battery runs out.

Ikan was founded in 2005, Houston, Texas-based Ikan Intl. They focus on producing high-quality products at an affordable price for most people. The company published their products to various fields, such as movie, photographic and short video. At the beginning, they made a single on-camera LCD video monitor which is very successful. Today, Ikan has over a thousand products work for the professional filmmaker. And provide various kinds of products to amateur. Their products cover the whole crowd. Their newest smartphone stabilizer called FLY-X3-Plus, it’s suitable for both smartphone and GoPro whose width less than 3.6’’. 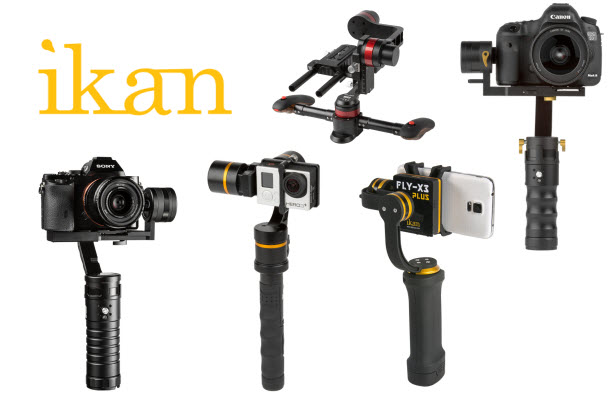 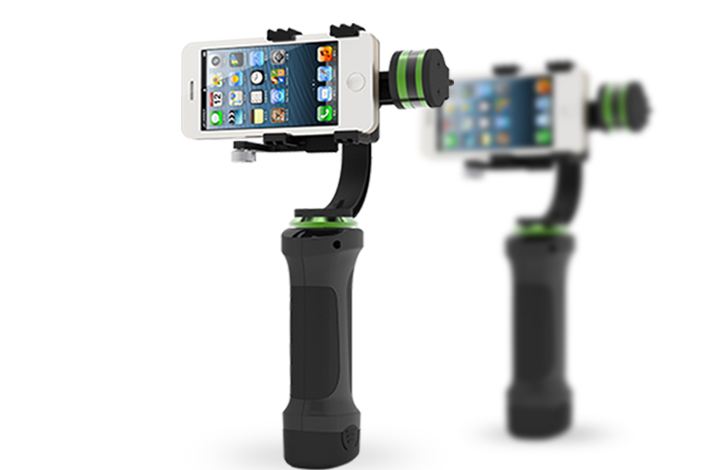 Feiyu is founded in 2007. It’s a company who focusses on creating stabilizer for many fields, such as video, camera, smartphone, GoPro. “specialization, high-quality, excellence” is the belief that the company is adhering to. Feiyu is a company who is very inclusive. There are many young people with their dream. They overcome all difficulties and constantly surpass themselves. It's a team that is continually innovating. In 2010, the company published the autopilot for a small unmanned aerial vehicle. In 2014, 3-axis stabilizer came out, break through the motor limit, hollow magnetic sensors and other technical problems. In 2016, the company started to study the camera, they integrated PTZ camera this year. 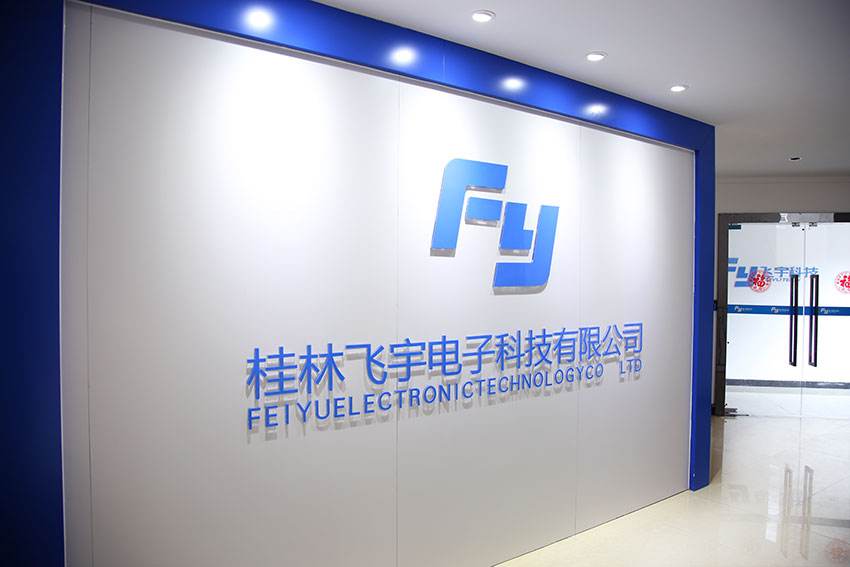 In 2016, the company WenPod change their name to Wewow which means “We make wow”. In worldwide, Wewow is the first one company who integrated domestic and international top intelligent resources, dedicated to intelligent handheld stabilizer design. Their products are suitable for smartphone, GoPro and SLR camera. They are under a childish, innovative team, uphold the spirit of excellence, and constantly challenge themselves. The newest one called Fancy is designed for females. They selected pink and white as the main body, and add a light, mirror on the stabilizer. It can be called specialized timer. 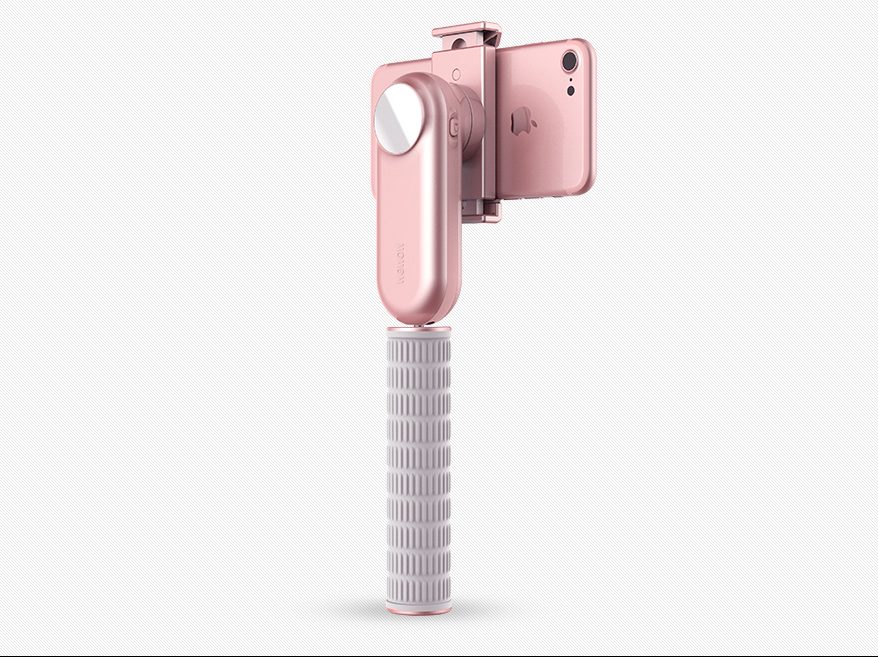