On January 8, the world's largest digital technology exhibition - CES 2019 officially opened in Las Vegas, USA. This year the four-day exhibition covers areas from smartphones, smart home appliances to driverless technology, among which products that incorporate 5G and artificial intelligence are most eye-catching. CES has a history of 52 years and is known as the “global stage for innovation”. It is the world's largest and most influential exhibition for consumer technology products. Every January, top innovational tech companies will gather here to exhibit their own cutting-edge products, and strive to make a difference in a new year.

According to CES official statistics, among the 4,500 global exhibitors including Sony, Intel, Google, Baidu, and iFlytek, Chinese companies accounted for about one-third of the total exhibitors, in which 486 artificial intelligence Chinese enterprises like DOBOT participated. For AR/VR, DRONE and AI/ROBOTICS areas, 80 percent of the exhibitors are Chinese enterprises. At CES 2019, DOBOT unveiled its self-developed collaborative robotic arm DOBOT M1 and the most-effective modular color-mixing 3D printer MOOZ-3, showing the world the technological strength of Chinese technology companies and bringing new and exciting promises to developers and partners around the world. 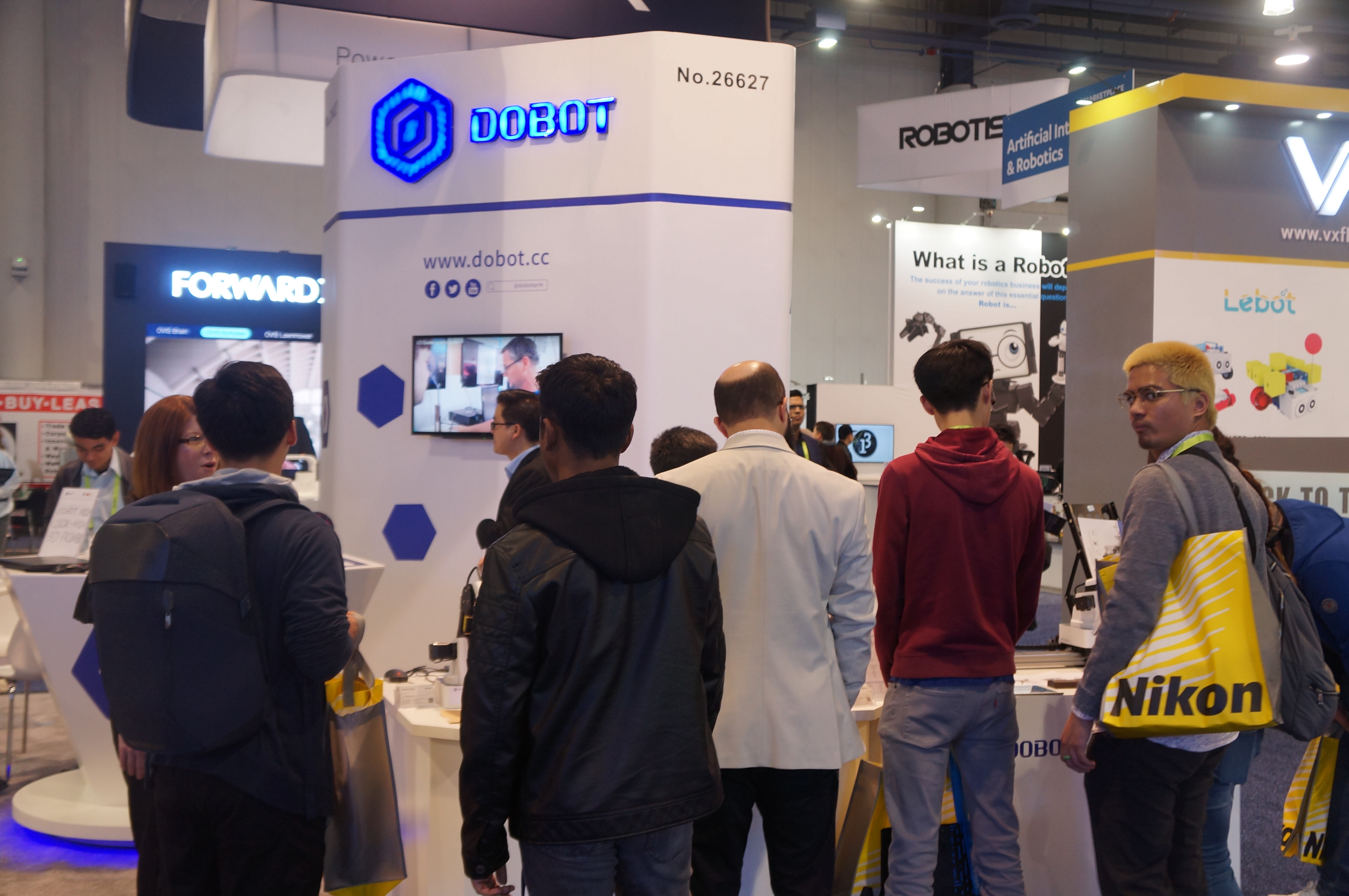 The Collaborative Robotic Arm That is Born for the Light Industry

DOBOT M1 is a cost-effective, lightweight, all-perceptive and collaborative robotic arm that is designed for light industry. Featuring high precision, large working range and complete functions, it can perform industrial welding, sorting via visual recognition, PCB plug-in and successfully conduct all types of operations in the assembly lines. In addition, M1 supports secondary development and is able to unlock more possibilities for users.

It is noted that the DOBOT M1 R&D team worked hard to overcome the technical difficulties of DC servo motors and light harmonic reducers. As a result, they enabled DOBOT M1 to achieve high-speed and stable operations with 0.02 mm repeatability, 1.5 kg payload, and 200-degree per second joint speed by realizing the industrial-grade joint modular design and electromechanical system optimization design and independently developing the dynamics and drive control algorithms. The DOBOT M1 shows great improvements regarding performance and application, and its operation process is intelligent and simple, which greatly lowers the threshold for user use and secondary development. 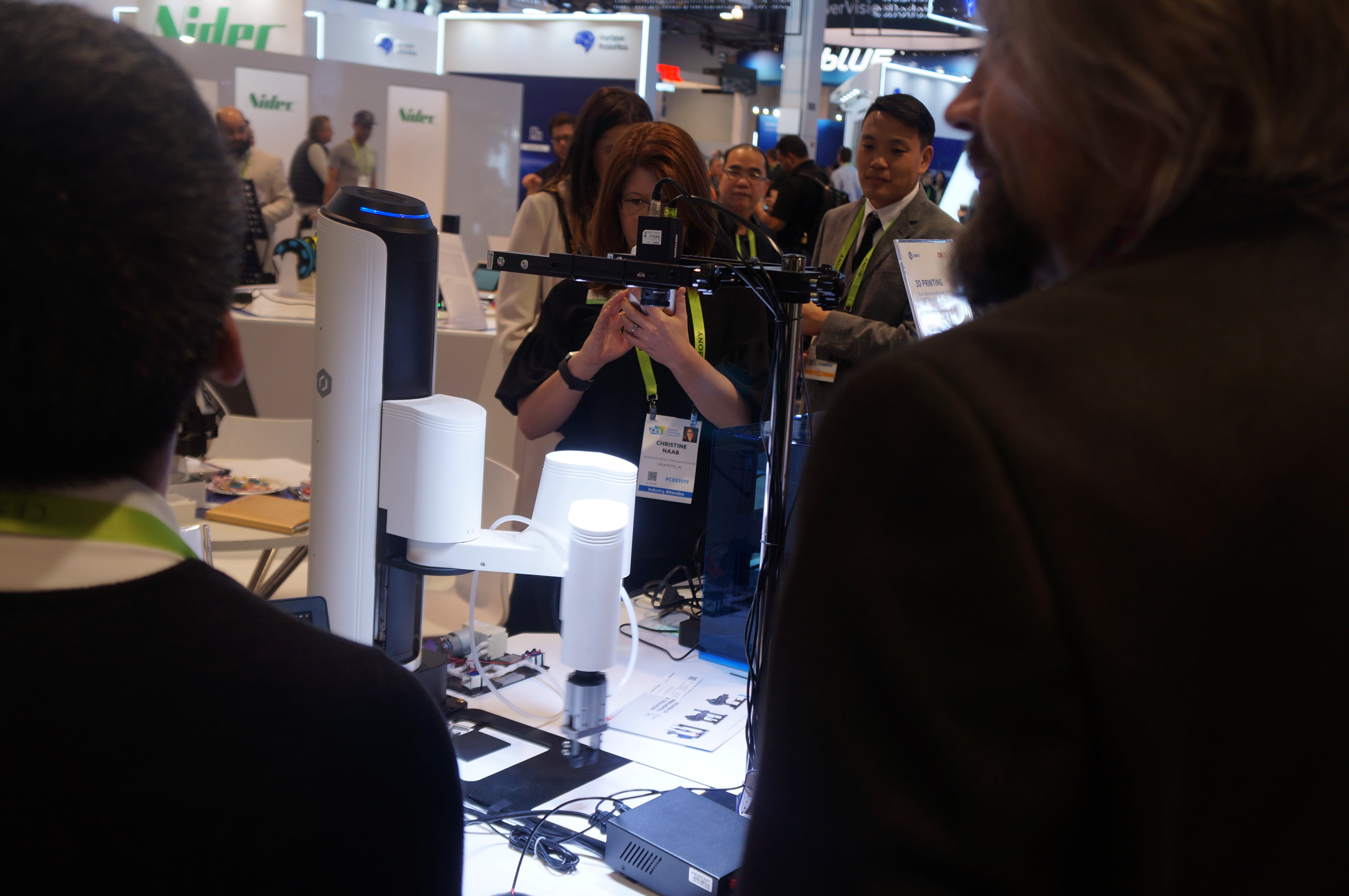 Crowds Gathered to Take a Look at DOBOT M1 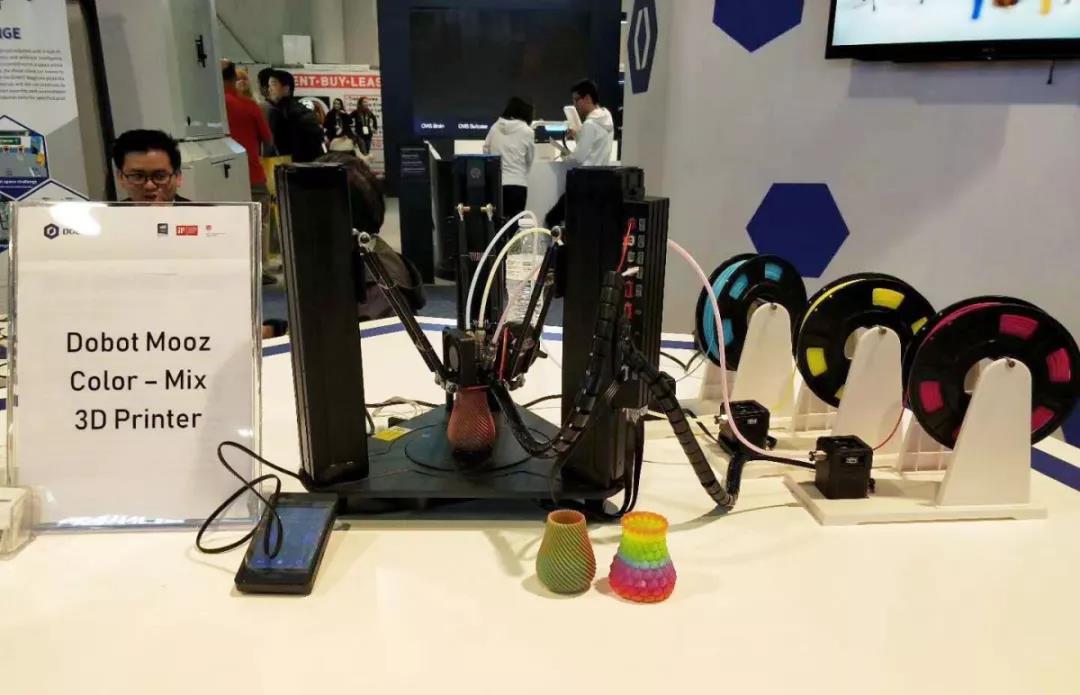 It is worth mentioning that at CES 2019 DOBOT booth, the DOBOT Magician turned into a calligraphy master, using the iPad to achieve human-computer interaction. It used a brush to dip ink and wrote just like a human, letting people feel the charm of technology by blending art and culture. DOBOT Magician features various functions like 3D printing, laser engraving, writing and painting. When equipped with a visual kit and an AI-Starter driverless car, it can simulate intelligent warehousing. Interesting function demonstration led the audience into a science and technology class in the industry 4.0 era. At the Chinese exhibitors' overseas media meeting, DOBOT Magician caught the media’s attention and was named the CES 2019's TOP3 Cool Chinese Tech by China Daily. 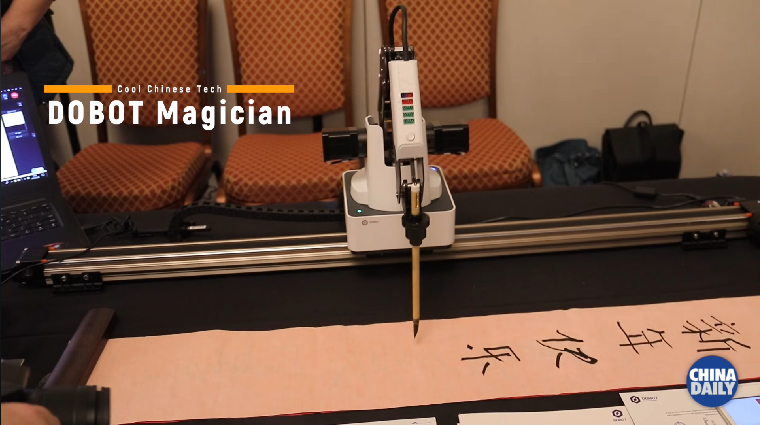 CES is a technology event that connects reality and the future. A large number of Chinese high-tech brands show their current and future R&D achievements in CES 2019, proving the AI and 5G together will transform the future. The overall strength of China's consumer electronics industry is constantly improving, promising to shape a better world via technology and innovation.