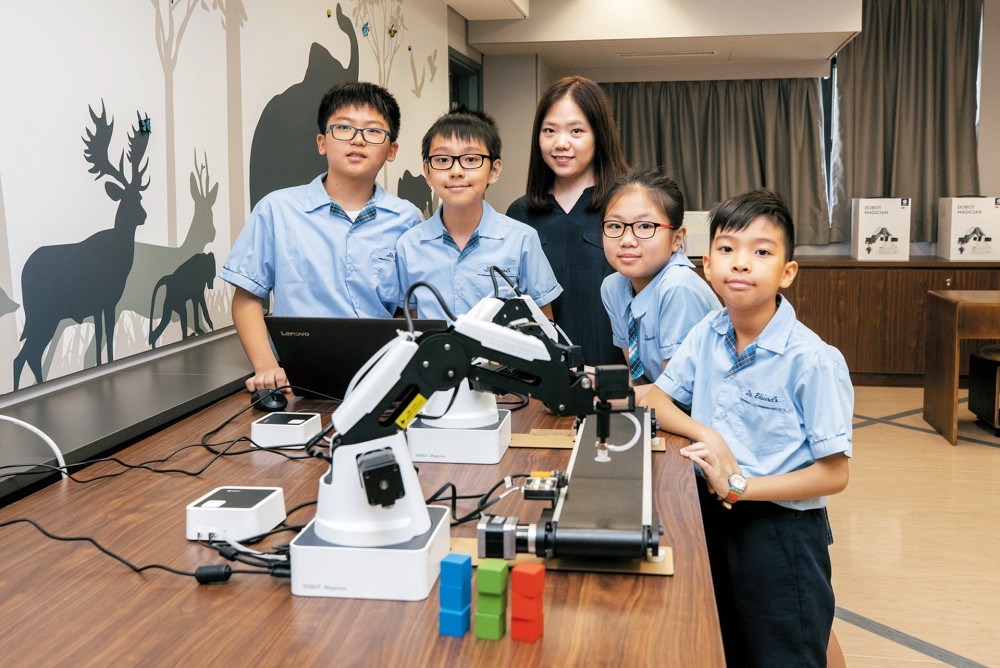 St. Edward's Catholic Primary School took the lead in introducing the DOBOT Magician educational robotic arm, which is coupled with the new curriculum and other subjects, helping students understand the role of robotic arms in real world and the significance of Industry 4.0.

Principal Mr. Feng Lirong said that the introduction of such professional equipment as the robotic arm at the elementary level seems too far, but their focus is not on the robotic arm itself, but rather on operating the robotic arm along with other equipment and better their understanding of how Industry 4.0 world works in the future. 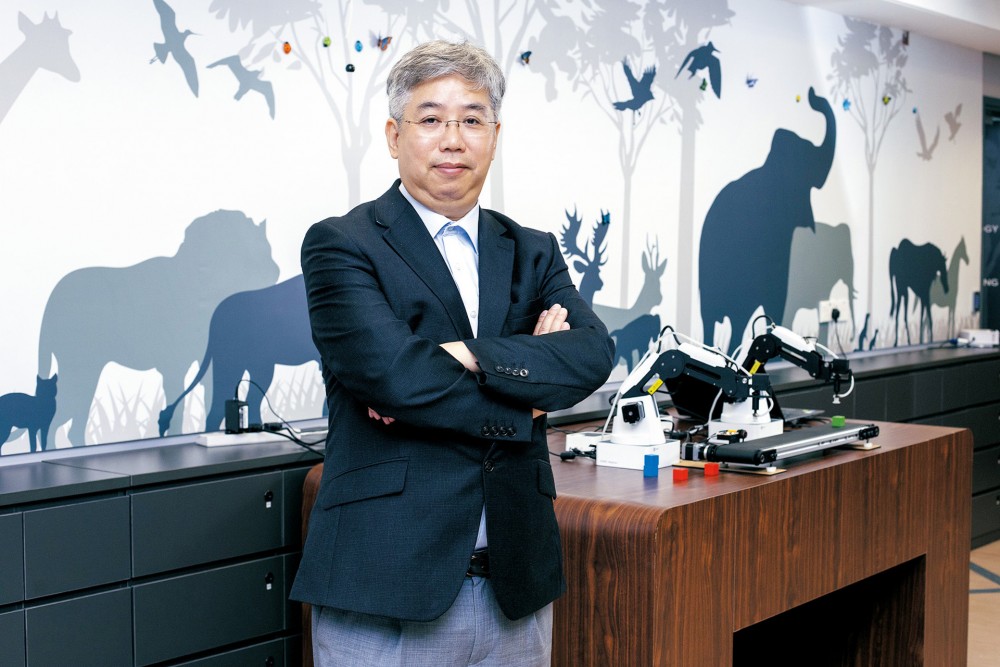 "Students are younger and more open-minded than adults, and they have more creative ideas with new things. If they play with these tools at an early age, they can produce the most amazing ideas and creative uses for the robot. This is exactly what information technology needs. So, besides the know-how, we pay more attention to nurturing ideas, because the tools may come in many forms, but as long as children are equipped with the right mentality and skills, they can give full rein to their creativity with whatever tools they have in hand."

Mr. Feng pointed out that the school had undergone many teaching tools, such as aerial cameras, robots, etc., when designing STEM courses, but their purpose was too singular. Later, when the STEM team went to foreign countries to investigate and exchange local STEM teaching, they found that the robotic arm has multiple teaching uses. It is a great fit for STEM courses because students can better understand different elements involving in industrial design and production, which in turn helps train their critical thinking and encourage them to be more active in learning.

Mr. Feng continued: "In the future, we plan to let the robotic arm fulfill other functions by integrating with other tools, such as using the robotic arm to write calligraphy, or 3D printing, etc., hoping that tangible creations might inject a sense of achievement to students. I hope students will learn that combining different tools can produce a much better outcome than 1+1=2 scenario, sometimes the result might be exponential. At the end of the day, we hope students can develop a whole set of scientific thinking rather than the use of one singular tool.”

How does students feel getting their hands on the robotic arm for the first time? It turns out that some of students have experience with programming tools such as App Inventor and Scratch before. They know some basics about programming and can quickly get started.

A fifth-grader Ruijia Yang said, “I felt that the robotic arm was a bit complicated at first, but later I discovered that much of the programming I learned before works with the robotic arm too. With a little bit more learning, it gets quite easy to learn the basic operations. What I love about DOBOT Magician is that it gives you live demonstration, something a lot of coding tools do not offer. Of course, the real thing feels much better than just looking on a computer screen."

"Beyond these regular practices, teachers also encourage us from time to time to think about how to make robotic arms useful in our daily lives. We hope that in the future robotic arms can make the way people work and live more efficient and safer by doing all sorts of duties such as cooking, assisting construction on construction sites, and clearing landmines in war zones. "

"In the past, we tried to let students learn programming with programming kits, but since we had the robotic arm, children can manipulate the robotic arm through programming, and better grasp how programming works, which substantially boosts their satisfaction. We hope that learning how to control the arm allows students to have a deeper understanding of Industry 4.0. Our focus is not on programming skills, but on cultivating problem-solving thinking. So, besides programming, we also have some worksheets for students to think about how to use these machines and how to integrate them with other tools to develop new uses. We believe that this training can inspire students to be creative and help them adapt to the needs of society in the future."--------------Ms. Wanting Zheng, the teacher who heads the STEM course
This website uses cookies to improve your experience. We'll assume you're ok with this, but you can opt-out if you wish. Cookie settingsACCEPT
Privacy & Cookies Policy