In recent years, 3D printing has a huge market as a new industry. As more and more start-ups are racing into the market, 3D printing is rapidly growing. And the value of the 3D printing market is expected to exceed $30 billion by 2022. Today, we will introduce 20 cool start-up 3D printing companies in 2017.

DOBOT
DOBOT is a leading robot arm solution provider in China which makes technology simple, fun, easy to use and endless possibility. DOBOT is established in July 2015 in Shenzhen China by 5 dedicated robotic engineers. DOBOT is committed to the development of desktop robot arm which can be used for teaching, experimentation, office and so on.
One product of DOBOT, Dobot Magician, is an excellent 3D printer. It weighs about 10 pounds. The appearance of black and white collocation is simple and generous. What’s great about this printer is that it’s wifi enabled. Printers have proven to be very accurate and stable for four axis and 0.2mm repeatability. In addition, the Dobot magician can serve two-color 3D printing in 5 minutes. 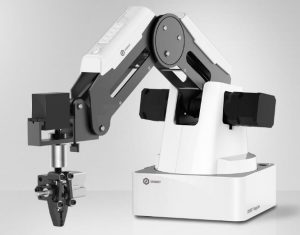 
But DOBOT’s robot arm cannot only achieve 3D printing, but also to complete laser engraving, writing, painting and so on. DOBOT will go into our life’s every aspect. They worked together to make world different, from the first desktop robot arm to the Steam Robot Kit. Dobot never stopped.


Mayc Design & Development
Mayc Design & Development is a start-up company who produces the 3D printer for regular people like artist, artisans and small business owners. Allow them to obtain ultra-high resolution 3D printers at affordable prices. So their latest 3D printer D2K Insight is stylish and reliable. It can afford consumer solution for the production of high-quality 3D objects.


Sparkmaker
Sparkmaker began researching the first 3D printer - photocuring 3D printer in 2015. They are committed to providing high quality 3D printing service at a reasonable price. SparkMaker, their newest product, is a LCD (Liquid Crystal Display) based SLA (Stereolithography) 3D printer that prints in high-resolution. And Sparkmaker is compact, beautiful and humane. Its small body fits any situation. 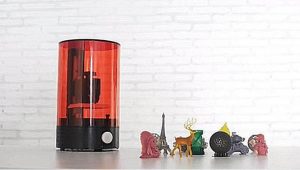 Kodama
Kodama is a passionate 3D printer company. In 2015, they began to study how to reduce the cost of 3D printing, so that more manufacturers can use the 3D printer. Out of this idea, they created a new kind of 3D printer Trinus - a modular structured printer. It reduces the cost of production by reducing the number of components. And Trinus is made of metal and high-grade parts, so it’s easy to assemble. Everyone can operate Trinus easily, and industry-grade printing can be brought home. 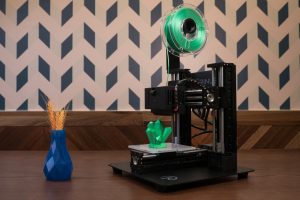 Kudo3D
Kudo3D’s headquarter is in the United States of California Pleasanton, as a three dimensional printing company. In May 2014, This company’s first generation of professional desktop 3D printers (DLP SLA 3D Printer) which called "Titan 1" raised funds on the U.S. Kickstarter website. In the beginning of fund-raising, Titan 1 successfully reach the target within two minutes. Kudo3D is currently applying for a patent in the bottom-up of passive type light curing printing technology. 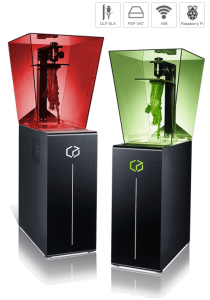 ClayXYZ
Clayxyz is a 3D printing service company for the sculptor and modelists . They promise to be a revolutionary tool for individual ceramicists and sculptures. This means that you can print special cups, vases and bowls, as well as some art works, masks, sculptures and architectural models.All you need is to load the clay, download the model, and click Start. Then you can enjoy your creative process. Creation becomes so easy.

Opencreators
Opencreators is a 3D printing company that reduces manufacturing costs through technology innovations. 2009 is the company's first year began to try to develop their own technology, in order to allow more people to use the 3D printer. Their newest product is called BS210 is a completely independent of the 3D printer, suitable for small production and manufacturing. Built in panels, innovative 3D printers can work continuously for 24 hours without supervision. 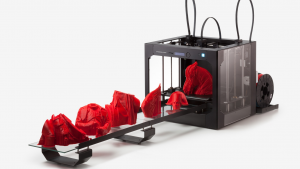 
BLACKBELT
Blackbelt's vision is that maybe not everyone will have their own 3D printer. But most people will have a 3D print part in their home in a shot time, the probability is high. This 3D printing company is committed to bring 3D printing into everyone’s life. As a result of the new 3D printing technology, they have developed a really excellent machine. The patent pending machine is capable of serial production, extremely long products and un-supported horizontal overhangs. 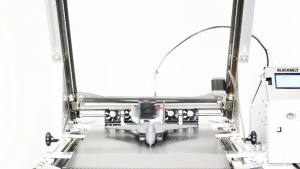 Dagoma
Dagoma is a team consisted of people who eager to bring 3D printing to everyone. The Dagoma founded in 2014 as a 3D printing company by two French engineers, Matthieu Regnier and Gauthier Vignon. They are trying to make people’s life easier and better through the popularity of 3D printing. To answer this strong mission. First, they created the 200 printer that led France's 3D printing industry. After two years, they created the most magic, simple and affordable printer NEVA for all! Nowadays, Dagoma has been able to provide quality products and customer service at low prices, becoming the top 3D printer manufacturer in France. 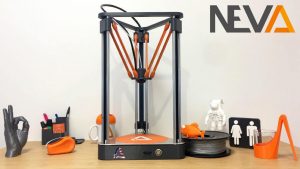 Milkshake3D
Milkshake3D is created by Orbi Lab, a group of 3D artists and engineers passionate who have years of experiences in creatives, productions and electronic development. As 3D artists, there is nothing more exciting than seeing the creations come alive in reality. The company spent over a year of development to design and build the machine from their own user perspective, and published it for everyone last year. 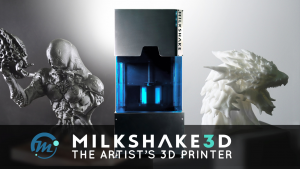 Snapmaker
Snapmaker is 3D printing company with the employees who want to make creative works more enjoyable and meaningful. They started as a 3D printer tech startup, and Snapmaker Kickstarter raised $2277182 in 45 days. Because the pain of experiencing setting up the difficult-to-use DIY 3D printer kit and being limited by the standard plug-and-play 3D printer. So Snapmaker came up with an idea: to create an all metal 3D printer that is easy for beginners to use, expand and really affordable to everyone. 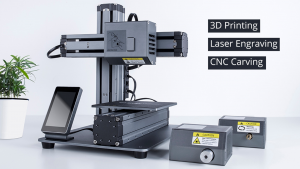 Peopoly
In early 2015, Peopoly started out as a personal project which team member is friends who enjoy developing 3D printers. In limine, Peopoly built a few FDM 3D printer based on RepRap, Ultimaker and other open source designs. When Peopoly created several useful printers, they found that the FDM 3D printer had a low resolution. So they turned out attention to the SLA printers, and started developing Moai in late 2015. 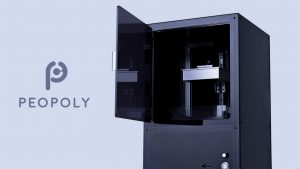 Stacker
In 2015, because of the support from the Kickstarter community, Stacker has launched. 3D printing company’s machines, industrial 3D printers, are constructed intentionally so, you can take your ideas from prototype to production. Their industrial grade 3D printers for small and medium-sized enterprises, technology laboratory, University, office space, and some situation like a manufacturer of printing / prototype shop, manufacturing plants and most other types of business. Stacker 3D printers provide fast, reliable and affordable 3D printing. 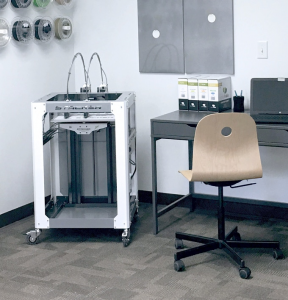 Puzzles Dynamics
Puzzles Dynamics is consisted of a group of Brazilian/Hong Kong/China young enthusiasts of technology and entrepreneurship. Their aim is to bring the benefits of 3D printers and practicality to around the world. Puzzles Dynamics’ culture is using low-cost to produce high-quality products. Multiple options are provided to facilitate the implementation of creative projects and ideas.
Three years ago, they started to develop a 3D printer in Brazil and met the Beijing holder at a tech expo. Puzzles Dynamics alliance composed by 4 members in Sao Paulo, 2 in Hong Kong, and 4 in Beijing. They have already promoted 3D printers in Brazil and China, and then they plan to achieve global goals - to be a lead 3D printing company. 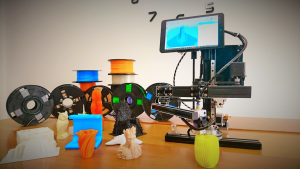 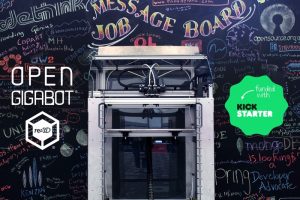 Lightning 3d
Lightning 3d is a start-up 3D printing company who focusses on SLA printer market. Their latest product Lightning is a desktop UV DLP 3d printer. It's compact, quiet and user friendly. Lightning can print independently without being tied to a PC or laptop. What’s more about Lightning is that it can be connected with wifi, so you can remotely manage the printer via a flat-screen phone or a laptop. 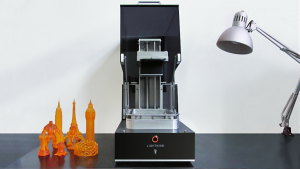 Doodle 3D
Doodle 3D creates a more convenient and interesting world 3D community for everyone. The 3D service of Doodle 3D printer company is not required specific skills, and everyone can operate it. So it’s perfect for children and designers who want to get started with 3D modelling and printing but don’t have any experience. Starting with our more familiar 2D, everyone can create their first 3D design in a matter of minutes. 3D printing becomes more people friendly. 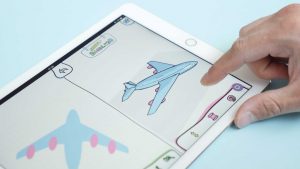 M-Jewelry
M-Jewelry is a start-up three dimensional printing company who is committed to reform 3D printing for jewelers, dentists and professional designers. The founder said they are born to help designers achieve outstanding results. M-Jewelry prints high precision designs efficiently. Because M-Jewelry has been made more compact, with wireless connectivity and an user-friendly touch screen. M-Jewelry perfectly aligns with the strict requirements of the jewelry and dental industries. 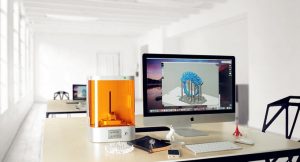 M3D
Like many tech start-ups, M3D began as an idea in a basement. M3D Founded in 2012. Co-founders Michael Armani and David Jones joined heads. They developed dozens of new technologies, even leading to several patents in just a few years. These patents are the ultimately represented key to making affordable 3D printing possible. Armani and Jones went on to introduce the Micro 3D Printer with those initial blueprints. Armani and Jones continue to promote M3D's micro 3D printer, which quickly became the most famous printer in the history of the East coast. 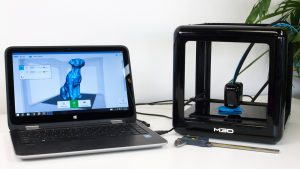 Skriware
Skriware is a start-up company with a goal - to make 3D printing as simple as possible for everyone. Skriware found that normal customers don’t need huge and expensive machines, and they tired of printers made of flimsy, low-budget materials that produced amateur results. To achieve the goal, Skriware decided to design a high-quality, affordable 3D printer for everyone - even those with no knowledge of 3D design. After two years of designing, building and testing, Skrimarket has built a whole user-friendly 3D printing ecosystem to bring 3D printer to you! 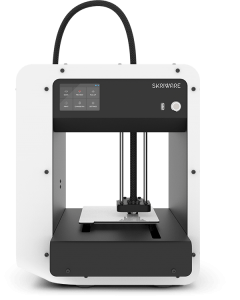 Skriware: home 3D printing for everyone

With the development of science and technology, more and more start-up companies join the 3D printing family. These cool start-up 3D printing companies have put forward many new ideas, 3D printing gradually into the family, schools, light industry, and so on, to bring convenience to our lives.