3D printing can help you create a three-dimensional object by computer and 3D printer. However, it may sound a little difficult for beginners to use 3D printers. This article will introduce 16 free 3D printer software to help beginners use their 3D printer much easily. Learn about: How to slice 3d STL file and 3d print Iron Man? 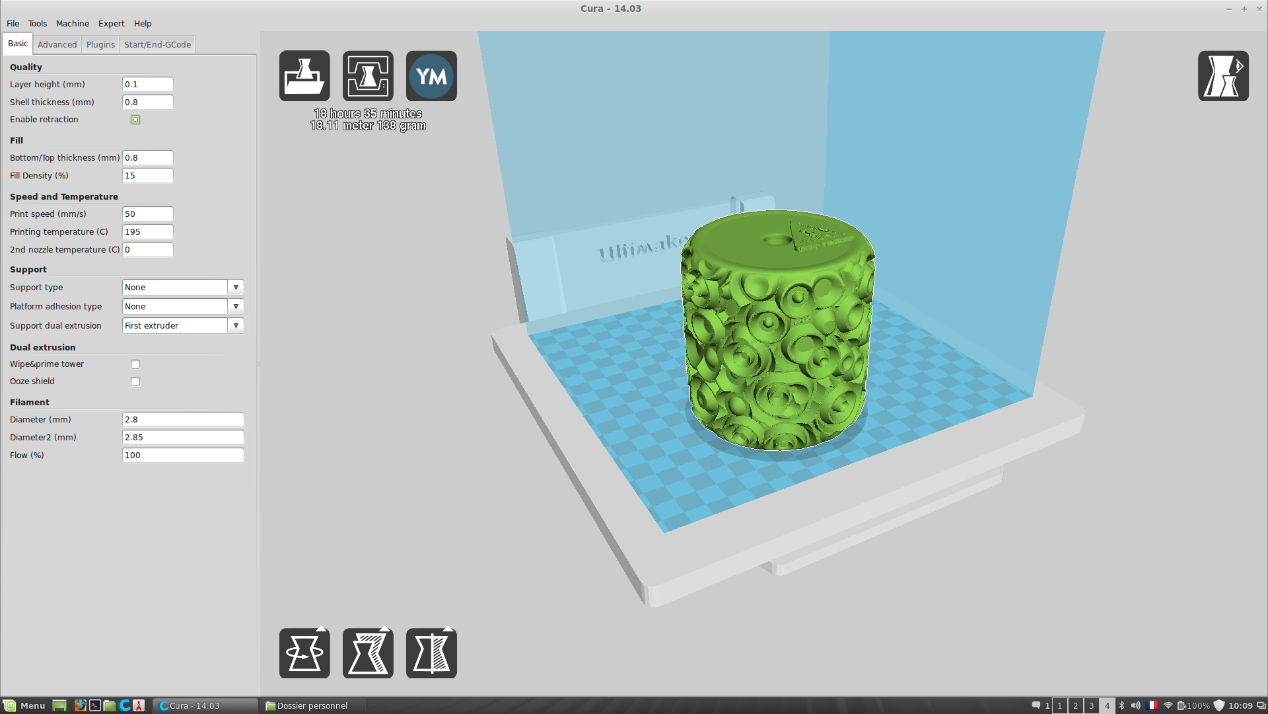 Ultimaker Cura 3D is a slicing software for 3D printers, it can create a 3D model and slice it into layers, as G-Code, which a 3D printer can understand. Cura 3D is easy to use and you just need 3 steps before printing. Create a model first and then export your 3D files as STL or OBJ formats, these files will be imported, sliced and outputted as G-Code so that the 3D printer can read and follow. You can also set quality, material, speed,cooling and infill in Cura by yourself. Cura 3D is a fully open source software and can be used with most 3D printers. It supports for Windows, Mac and Linux. 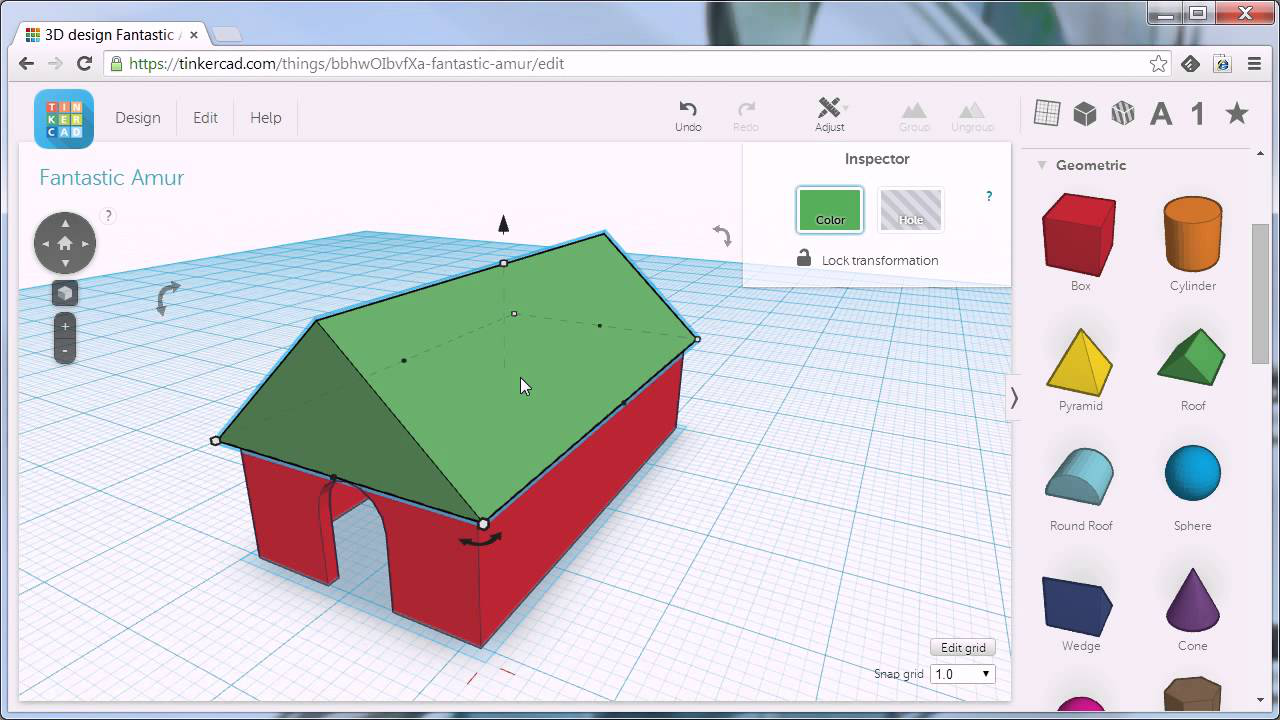 Unlike Cura, TinkerCAD is an online computer-aided design software for 3D printing. You can directly access the browser-based app after creating an account on its website. TinkerCAD offers pre-defined shapes and geometric structures, so you can create your models just by dragging and dropping the box to the WorkPlane and adjusting the length, height and width. TinkerCAD is an easy tool for beginners to start up 3D printing. 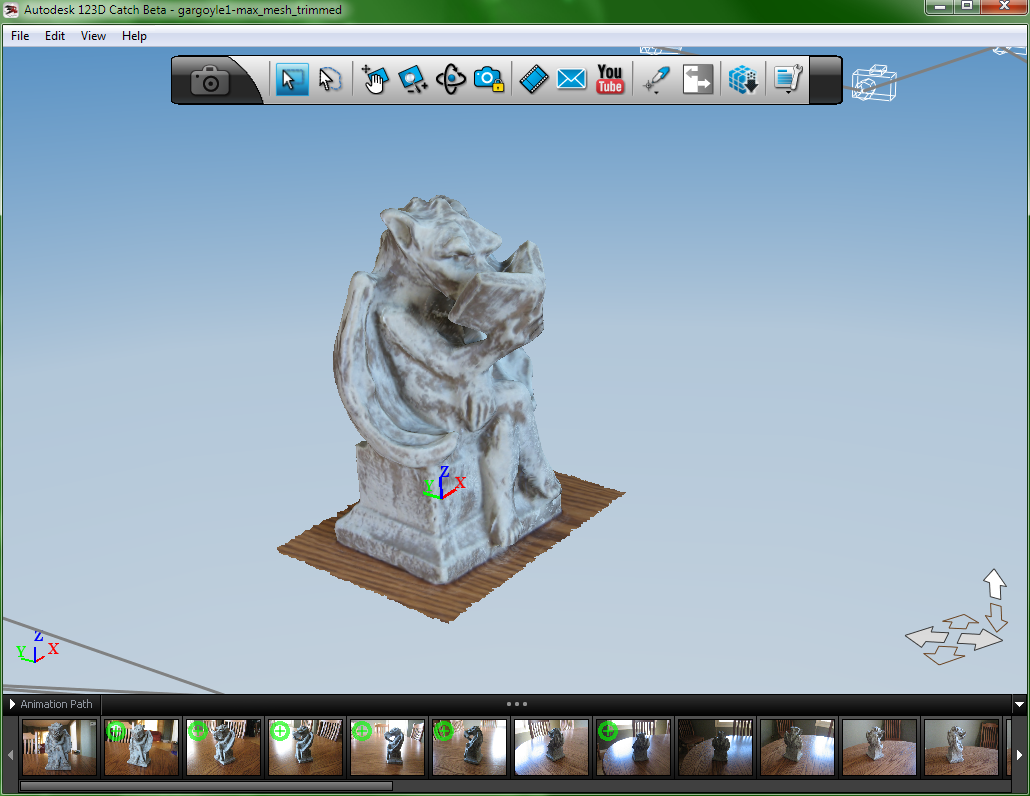 The 123D Catch APP can be used in your smartphones (both iOS and Android operating system), which means that you take photos within your phone and the 123D Catch can turn your photography into a 3D model. This is much convenient and funny for beginners to learn 3D printing. What’s more, you can transfer your photos from digital camera to 123D Catch on your computer and print them out a high-quality product. 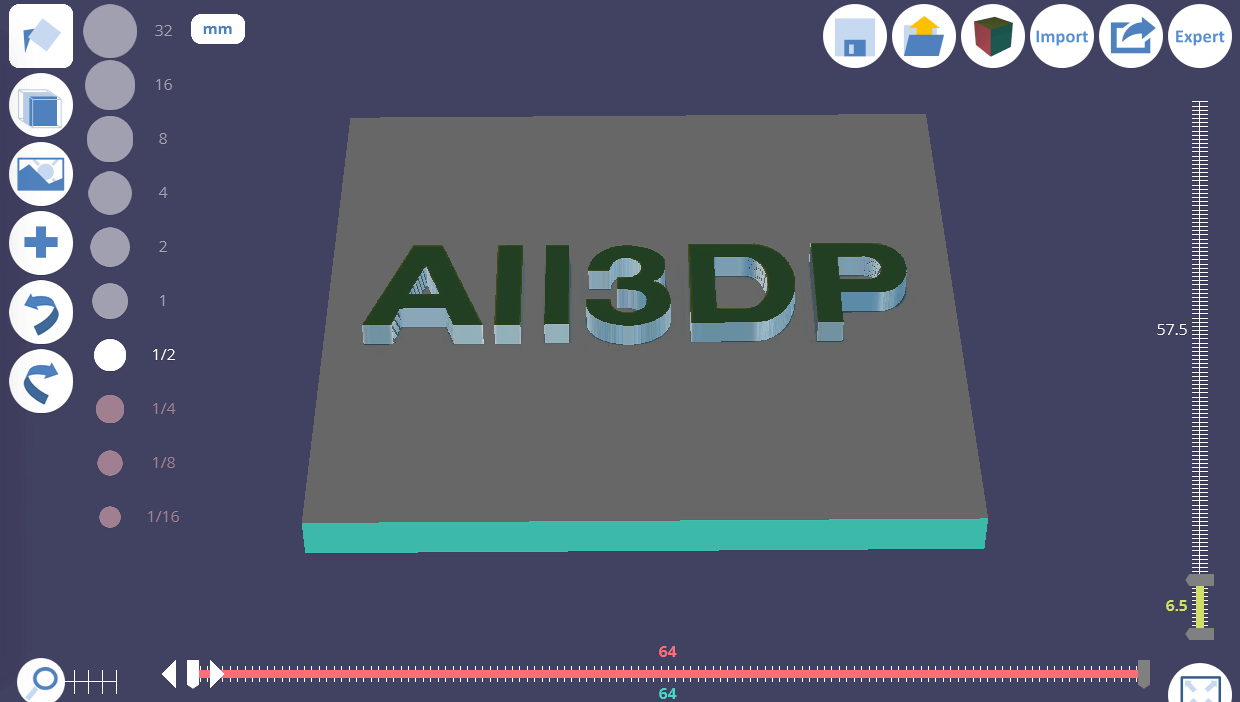 3D Slash is much different from other 3D printing softwares, it is also a logo and a 3D text maker. It means that you can turn your logo into a 3D model or import your text to export 3D text. 3D Slash is easy to use and suitable for people of all ages, you can design a 3D model by using a simple building-block concept, which just like a modern stone-cutter. As its user-friendly experience, 3D Slash is a wonderful software to get you started with 3D printing. 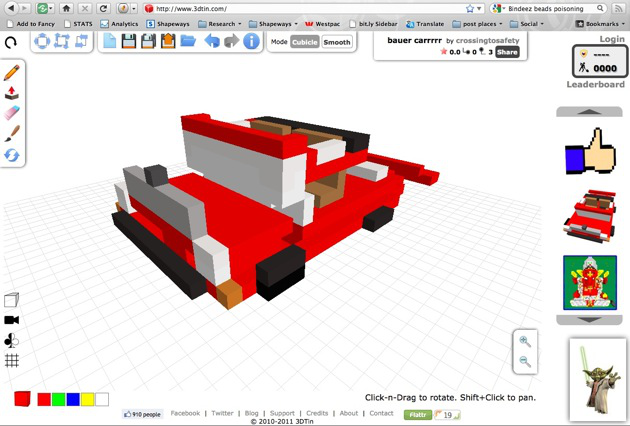 3D Tin is an online 3D printing software like TinkerCAD, which is intuitive and easy-to -use. All you need is a Firefox or Chrome web browser enabled with WebGL. It’s a perfect 3D printing software for beginners. What you should do is choosing 3D templates on the Internet and adding them to your sketch, which will be stored in the cloud and freely accessible, and can be out-printed in STL and OBJ file formats. 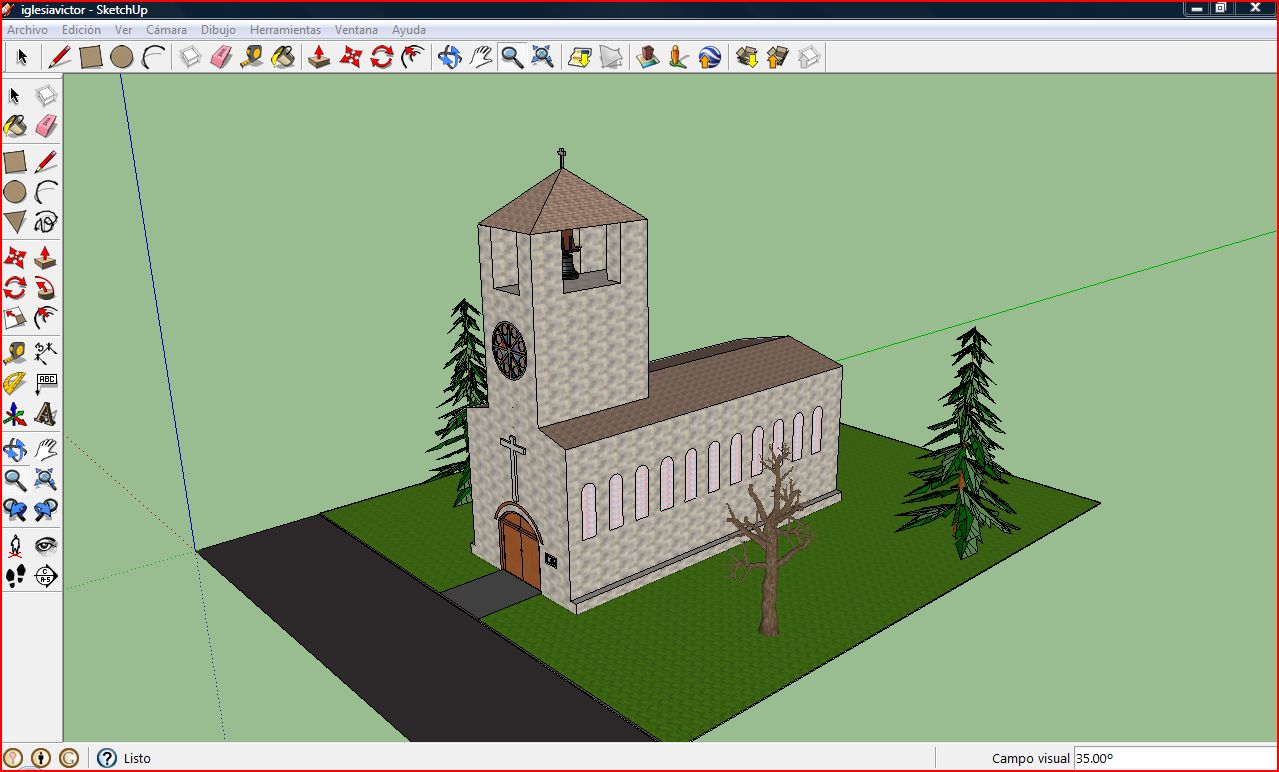 SketchUp is an ideal 3D printing software to design complex 3D print models for beginners with a user-friendly interface and relatively flat learning curve. 3D Warehouse of SketchUp is a huge library of 3D templates which is uploaded by users. You can choose one and add it on your SketchUp, which is the easiest way to print a 3D object. What&rsquo's more, SketchUp provides free tutorials which can help you develop into an intermediate or advanced engineer form a beginner. 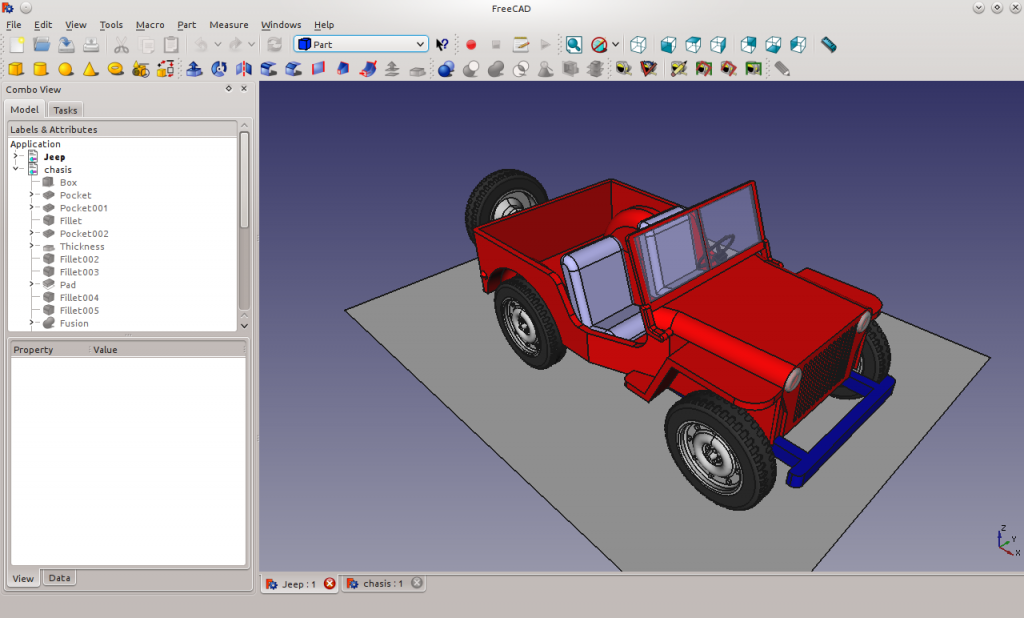 FreeCAD is a free and open-source general-purpose parametric 3D CAD modeler and a building information modeling software which is supported by FEM (finite-element-method). This program can be used interactively and its functionality can be accessed and extended using the Python programming language. FreeCAD is a great starting point for mechanical engineers who are new to the 3D modeling world. 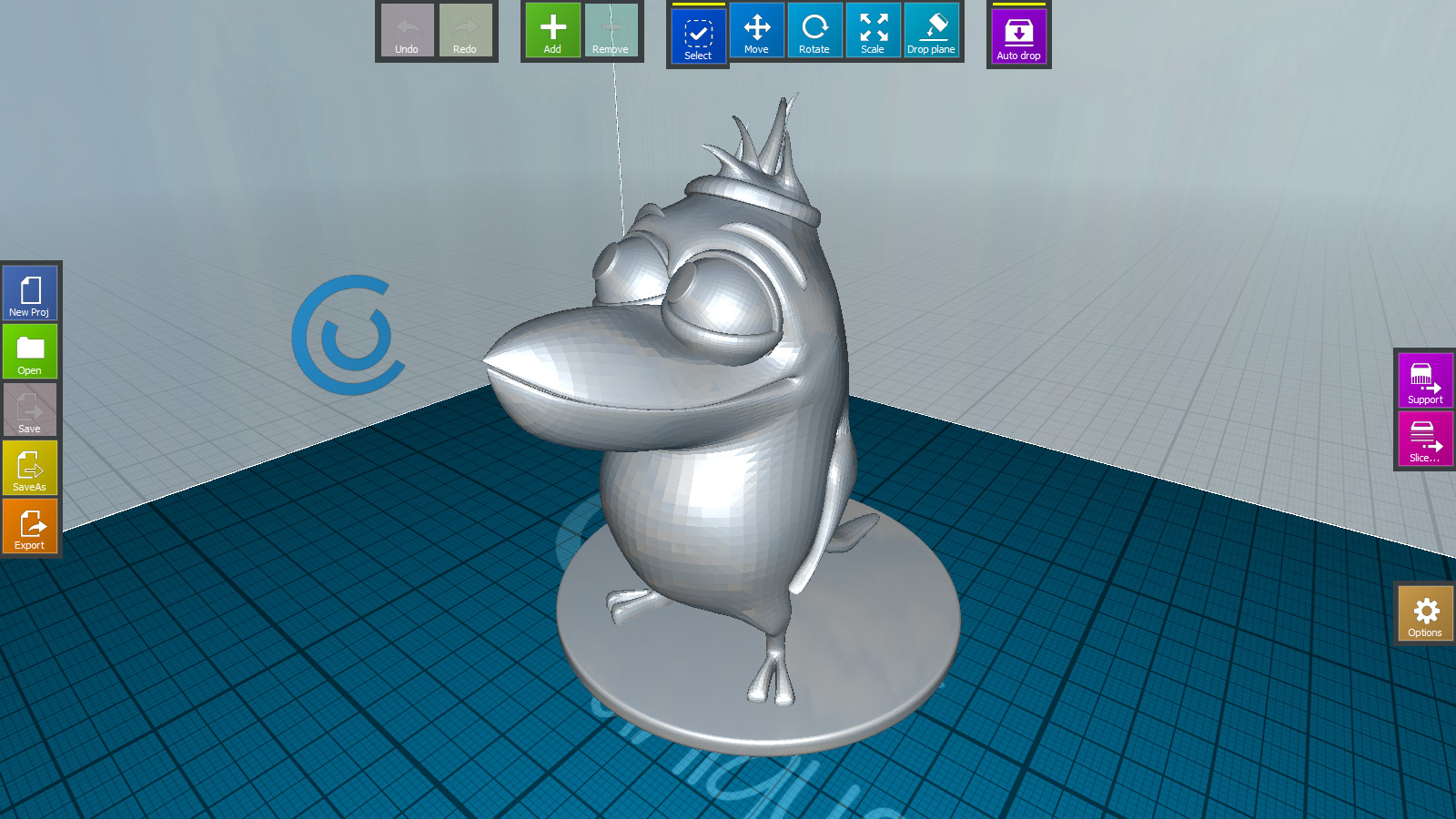 CraftWare is a 3D printer slicer software which is developed by CraftUnique to support its CraftBot 3D printer. And it can be used for many other 3D printers that accept G-Code. CraftWare is fast and easy-to-use, it allows users to see printing process layer by layer from any angle and modify or delete any places before printing. A clean and simple user interface, as well as big and colorful buttons on the left side, make CraftWare one of the most user-friendly 3D printing software. 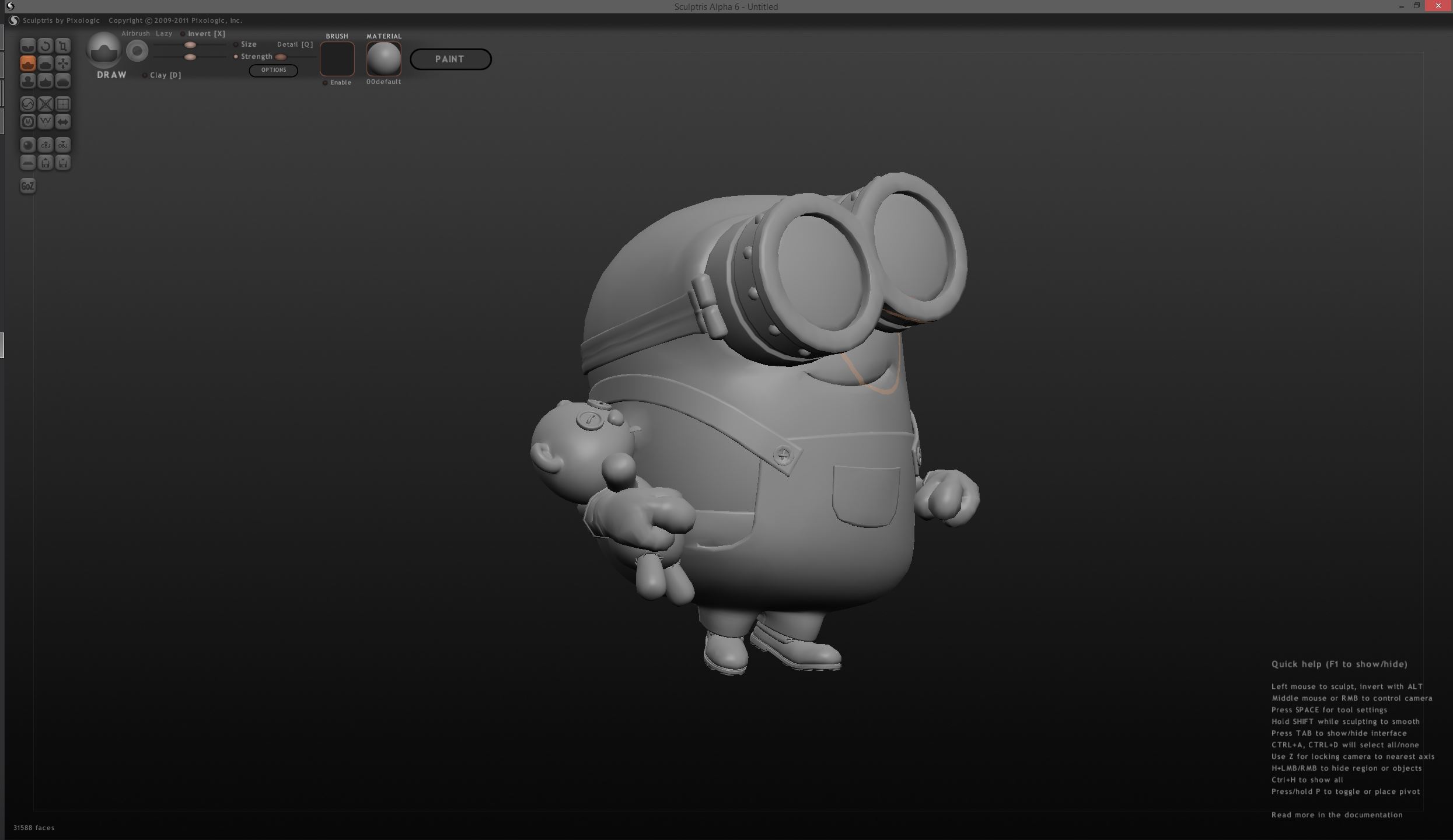 Sculptris is a virtual sculpting 3D printing software with a core emphasis on the concept of modeling clay. It comes to be free and easy-to-use, which provides excellent rudiments for people who want to start up the world of 3D sculpting. If you want to print statuettes such as comic characters, Sculptris is a fantastic choice for you. It&rsquo's often described as the most powerful, flexible 3D modeling software in the industrial or professional sector. 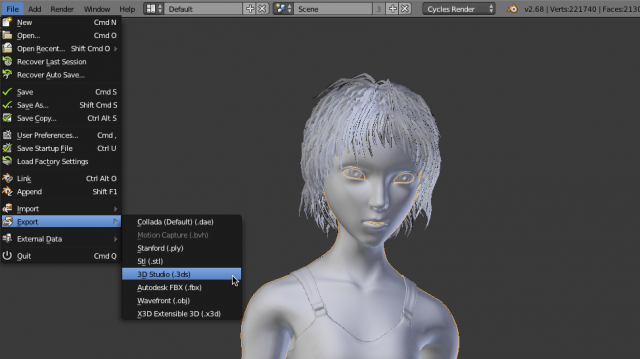 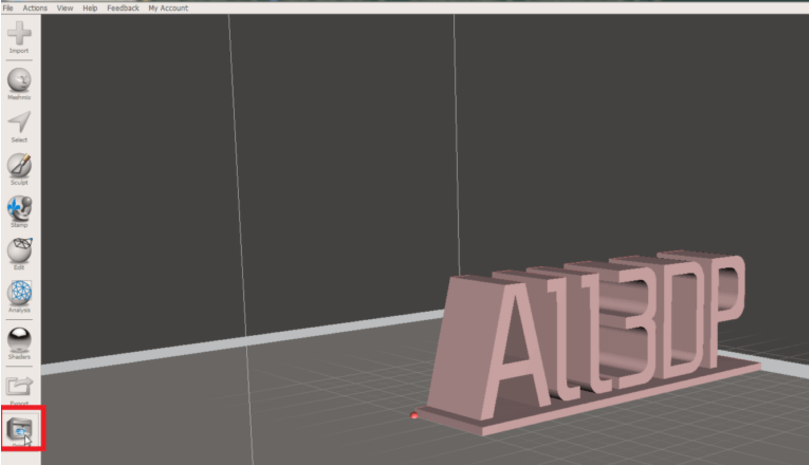 Meshmixer is a free 3D editing, fixing, and sculpting tool. Its great points are viewing, checking, editing AND repairing STL files as well as spotting potential problems and automatically repairing them. Meshmixer allows users who want to create organic designs like people, animals and creatures to sculpt digitally and mash different 3D models together.

OpenSCAD is a free software for creating solid 3D CAD models. Unlike Blender, it focuses on CAD aspects rather than artistic aspects in 3D modeling. It might be a good choice for you if you want to code your CAD models for it uses a programming language to create 3D objects. Therefore, it gives designer full control over the modeling process and enables designers to easily change any step in the modeling process. OpenCAD is available for Linux/UNIX, Windows and Mac OSX. 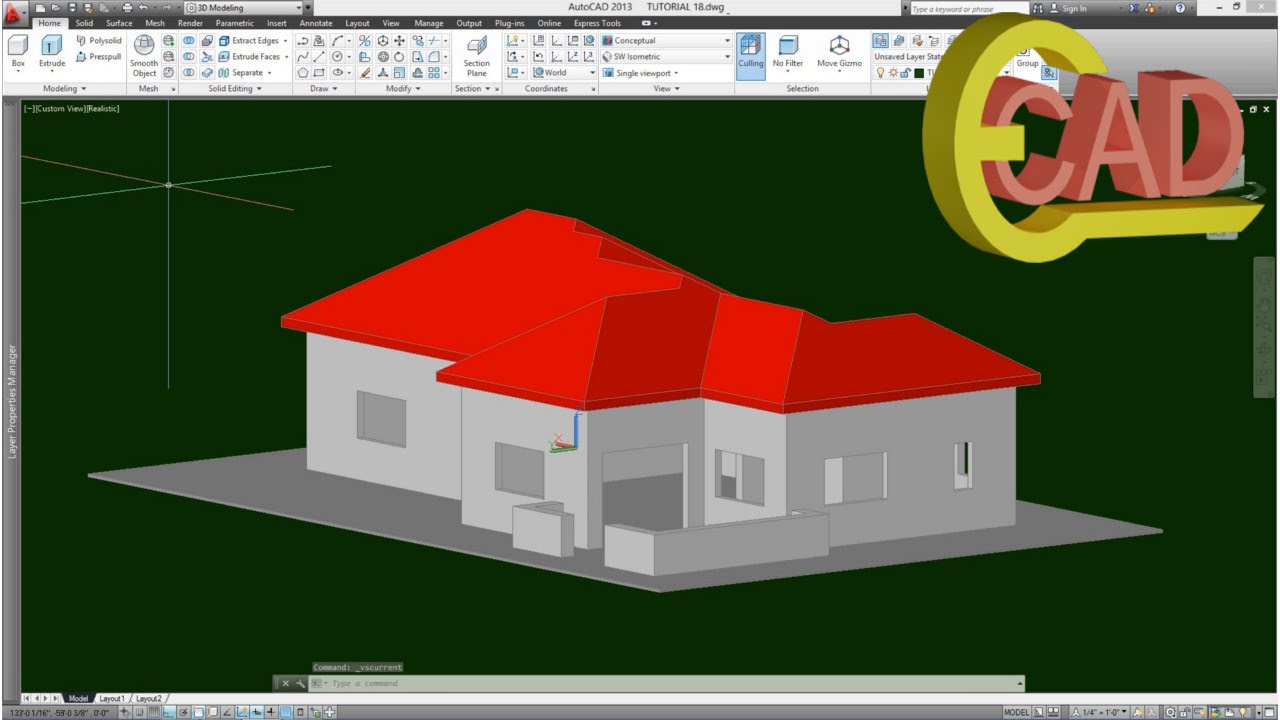 AutoCAD, a software for 2D and 3D CAD, was developed by AutoDesk and first released in December 1982 as a desktop app running on microcomputers. Up to now, it has been used across a wide range of industries, by architects, project managers, engineers, graphic designers, and many other professionals. AutoCAD supports a large number of APIs for customization and automation such as AutoLISP, Visual LISP, VBA and ObjectARX. 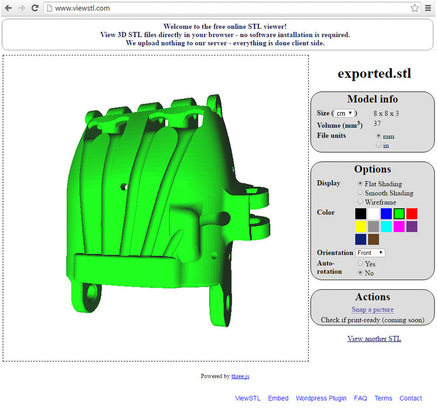 The view is an online and open source way to view Stereo Lithography Files as shaded on-screen images. It is the easiest way to preview STL files. What users need is just open the web page and drag their STL files onto the dotted field. The online STL viewer allows you to display a model in one of three views: flat shading (for quick viewing), smooth shading (to get a high-quality display), or wireframe. It is a perfect 3D printing software for beginners who want to view STL files. 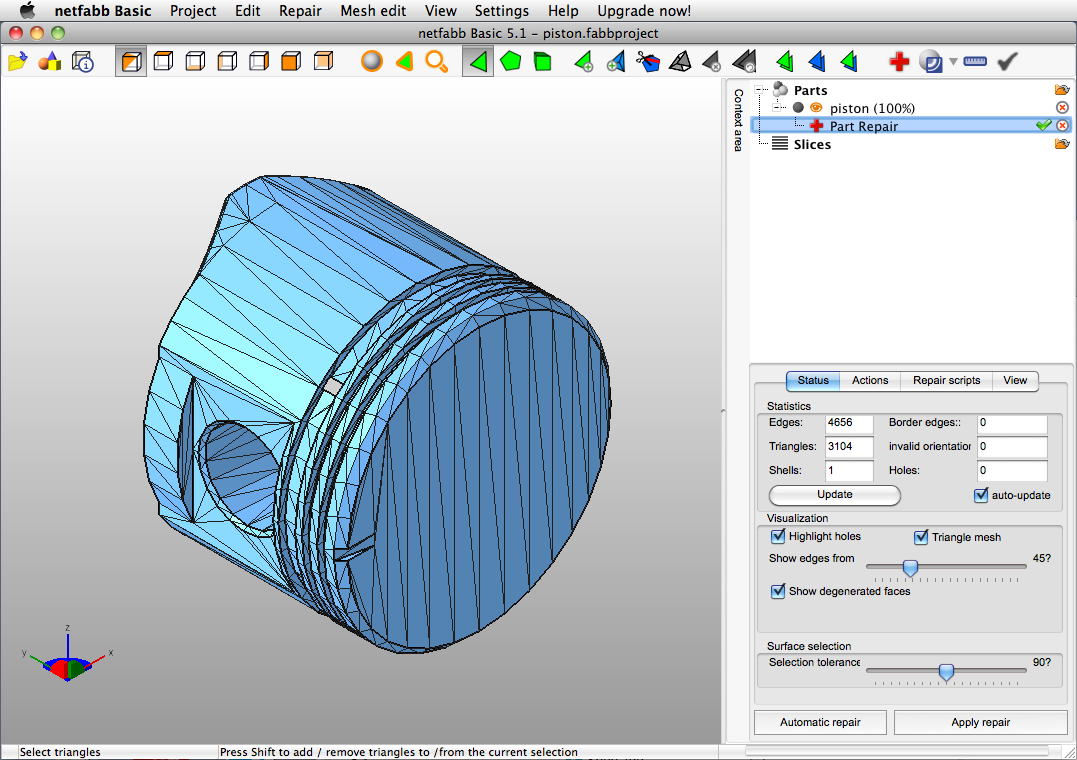 Netfabb Basic is a 3D printer slicer software with some nice features, for example, you can analyze, repair and edit STL files before you get to the slicing stage. It is a good choice if you need something more than just slicer software and you want to repair STL files quickly without having to learn to use additional tools like Meshmixer or MeshLab. Netfabb Basic provides a 30-day trial version. When the trial expires, the software will continue to run with the same functionality. 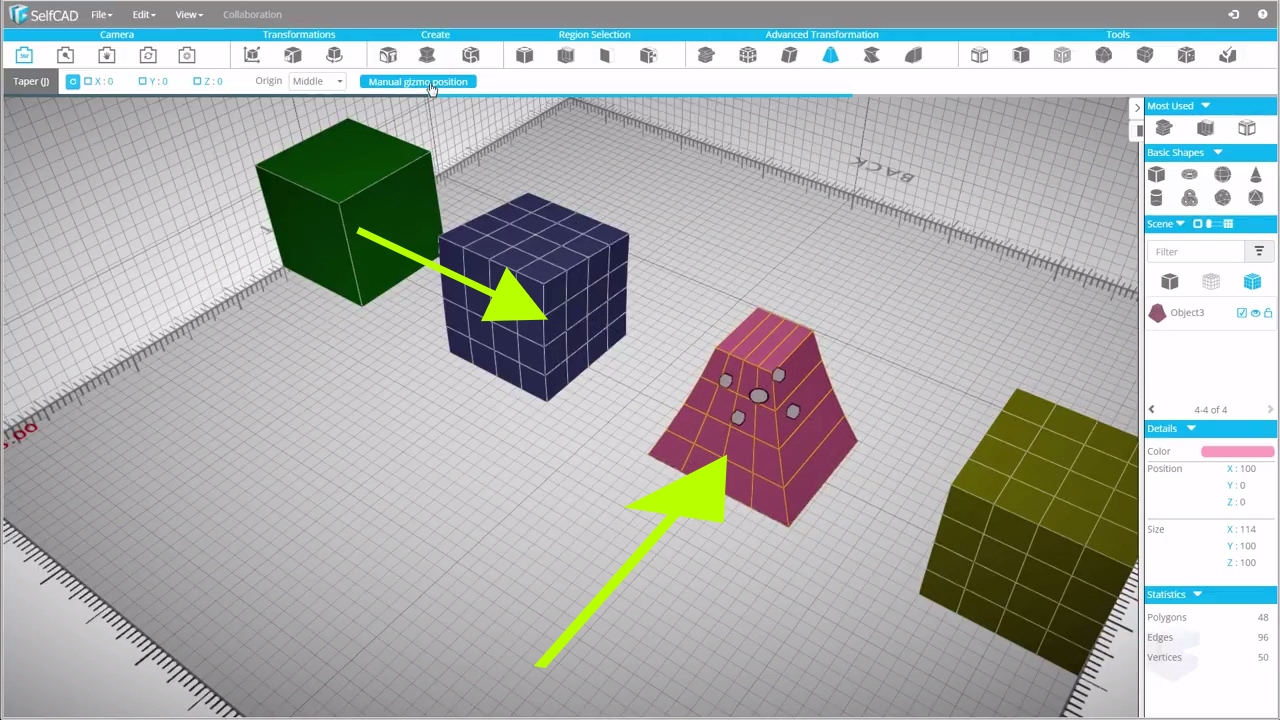 SelfCAD offers an easy to use platform that allows one to sculpt, slice and print 3D models all in one program, hence you don't need to launch multiple programs in order to work on your models. It's easier to learn hence ideal for users who are inexperienced like students. In addition, this software has a built-in slicer, so you can prepare your model for 3D printing without needing any additional software which can be hard to handle if you are in a classroom or workshop. SelfCAD is free of for the educators and students and for the general users, they have a one month trial period and later pay $4.99/m.