Robotics Tutorial | How to Build Robotic Arm with DOBOT

Robotics Tutorial | How to Build Robotic Arm with DOBOT 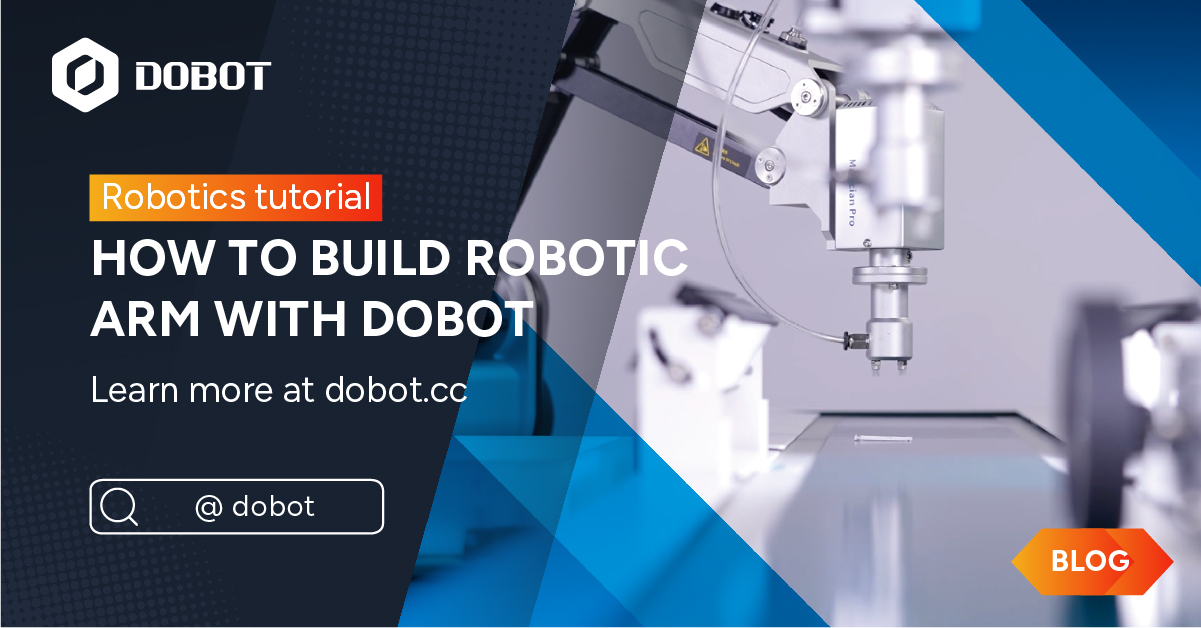 If you are still figuring out how to run a robotic arm, this detailed robotics tutorial is for you. We will further outline the critical points of installing DOBOT robotic arms using the MG400 collaborative robot. We will also provide some handy hints on how to build robotic arm. As installing robotic arms for various brands is almost the same, this guide will be a helpful hand not only for DOBOT users but for those interested in robotics. 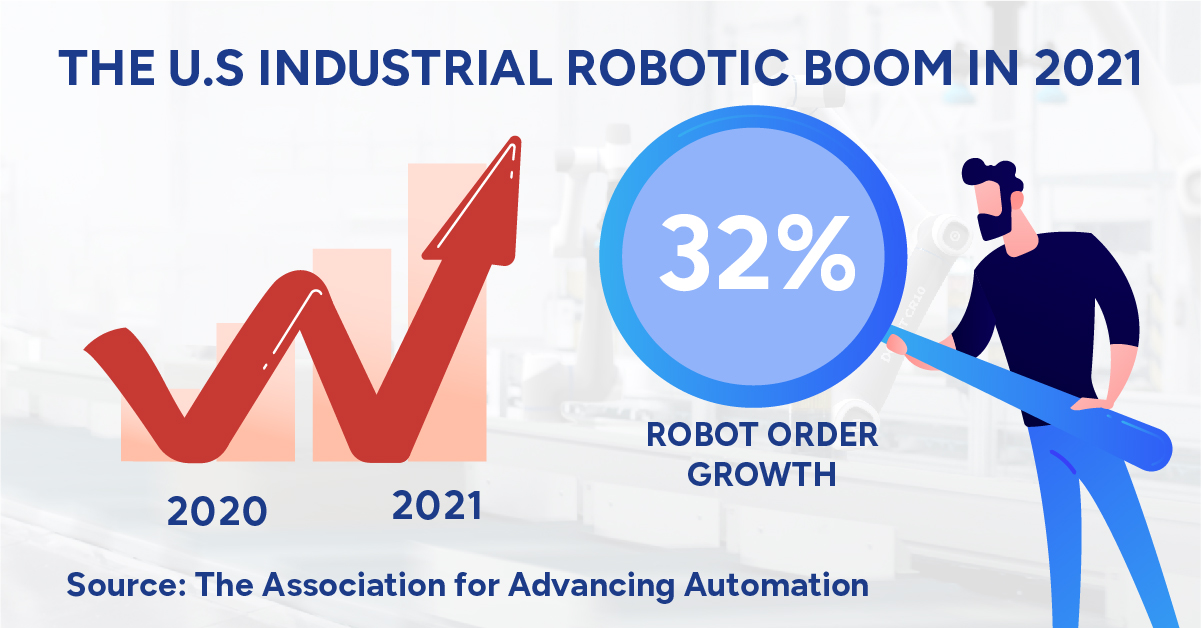 The Association for Advancing Automation states that in 2021, in comparison to 2020, there was an industrial robotic boom in the U.S., ordering 29,000 robots. It is a 37% increase during the same period in 2020. Considering this data, there is an ongoing demand for robots globally. Thus, there is a need to learn how to install and build robots in the modern world.

Those who start running a robotic arm have to know its basics. For example, MG400 consists of four joints compared to the CR series collaborative robot, having six joints. Also, turning on an emergency button and plugging all the Internet connections are crucial actions to support DOBOT hardware.

However, we must not forget about the general structure of the MG400 robotic arm.

The collaborative robot work system consists of the robot body, robot control software, and robot operation software. DOBOT MG400 supports a direct connection with a computer, which is simple and easy to use. With the self-developed dynamic algorithm, one-handed teach-in and sensor-less collision detection ensure the safety of humans and machines working alongside. DOBOT MG400 has a repeated positioning accuracy of ± 0.05mm and a maximum load of 500g, combining the features of both industrial and collaborative robots.

2. Use DOBOT Studio software to code on MG400 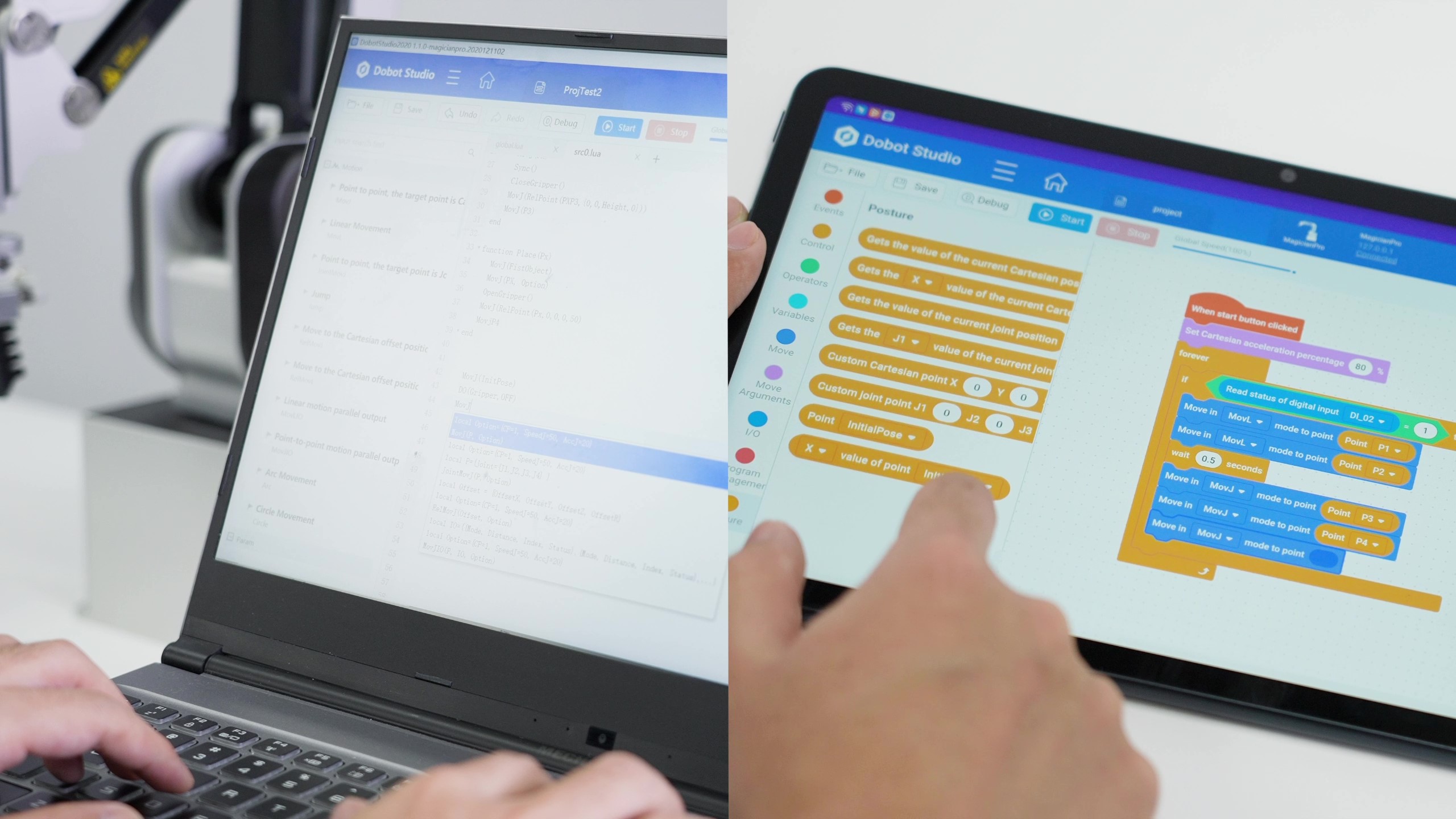 DOBOT Studio is a multi-functional control software of DOBOT robotic arms, enabling them to control their various types, ranging from educational to industrial purpose of use, including MG400, DOBOT Magician, DOBOT CR series, etc. The interface is easy to understand, helping users master the skills to build robotic arm.

It is free software, providing two options for users:

Blockly is the DOBOT’s integrated system of building coding blocks. It does not require any knowledge of coding.

The second option of applying the LUA programming language is for experienced programmers. It will require specific knowledge of LUA coding.

Another alternative if you want to use other programming languages such as Python, C, C++ is that you can use your platform to program. There are vast options for programming creativity with DOBOT collaborative robots. 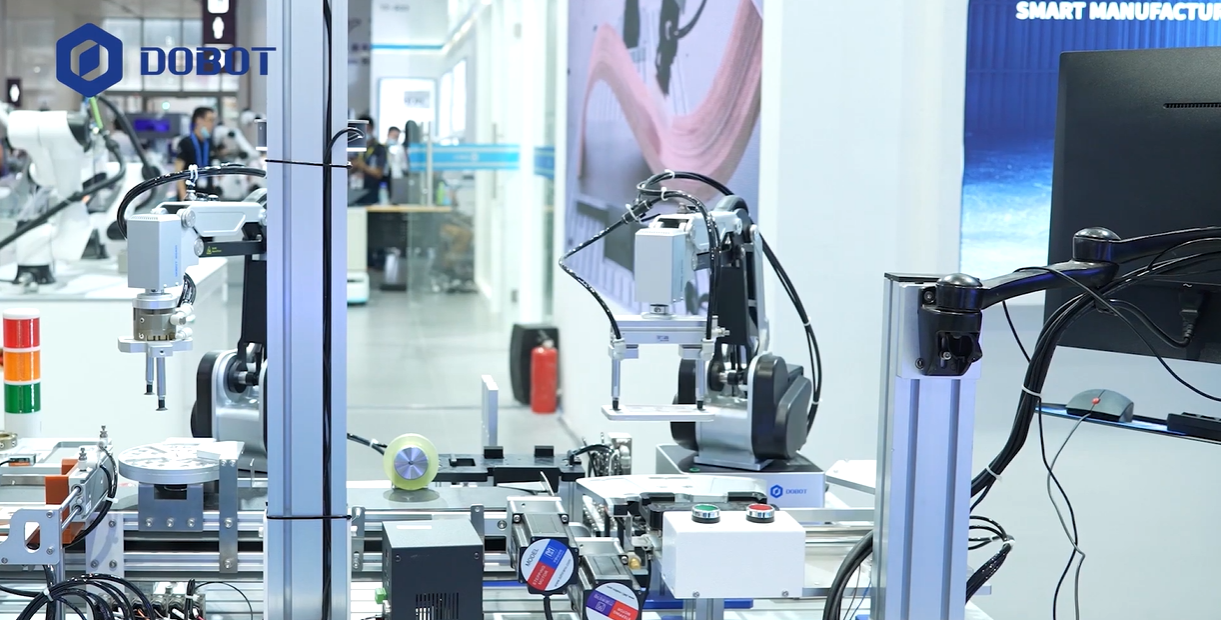 Internet protocols, such as TCP/IP, Modbus, and IO (input-output) aim to give a robotic arm a signal that it is ready to run.

There is also an encoder protocol that is not often used but still needs to know how to implement into a mechanical structure.

As the communication based on TCP/IP has high reliability, strong practicability, and high performance aligned with low cost, many industrial automation projects have a vast demand for control robots that support TCP/IP protocol. The MG400 robot, designed based on TCP/IP protocol, provides rich interfaces for interaction with external devices.

I/O protocol stands for inputting internal data and output with the data transmitted to external sources. This data communication protocol aims to have this circle of sending and receiving data. At the same time, the I/O interface might contain additional resources, including registers, a voltage translator, and others.

Keeping in mind the key points of running the DOBOT MG400 will assist you in saving time in the installation process.

The process of deploying MG400 provided above is your starting point for automation. However, you are not alone in this way. Our customer from the Netherlands, Robin Zonneveld, is showing in detail how to deploy MG400:

He also covers the pros and cons of using the DOBOT robotic arm.

Although the process of running MG400 cobot is transparent, the DOBOT team highlights valuable tips to become an expert to build robotic arm and increase operational efficiency.

Handy hints for those who start their journey on building a robot: 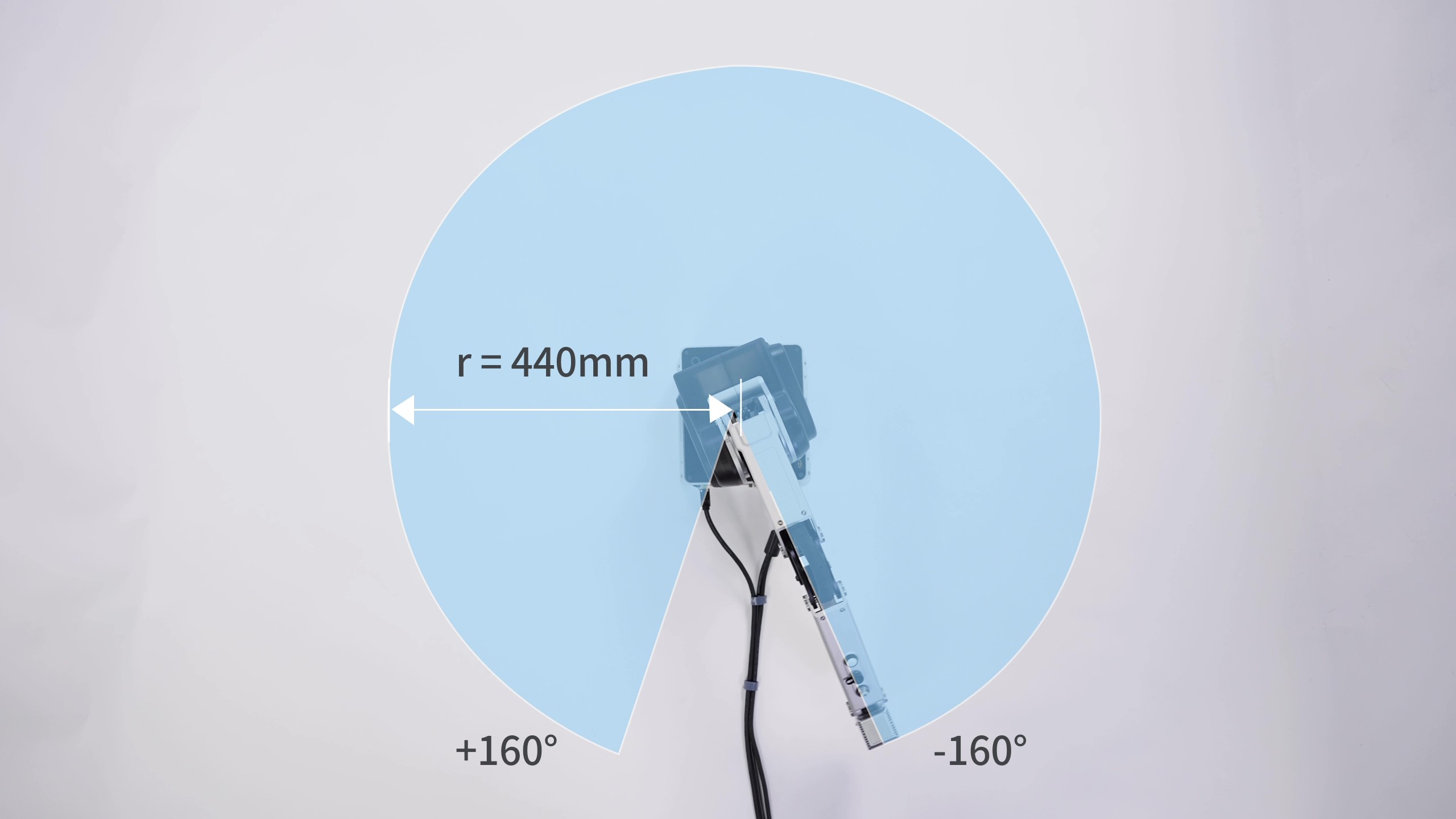 While running the MG400 robot, users should design the platform according to the robot’s workspace and ensure that the robot moves without interference. When operating the robot, be sure to operate inside the workspace. It is critical to keep the platform level that is used to mount a robot.

Without proper skills in the LUA programming language, it will not be easy to code using DOBOT MG400.

One of the tips we can provide is setting a Jump Movement function of a robotic arm. Using the LUA script, the command is as follows:

The required parameter you need to deploy is P, indicating the target point, user-defined or obtained from the points list.

3. Strong knowledge of Internet protocols, including TCPIP, Modbus, and IO 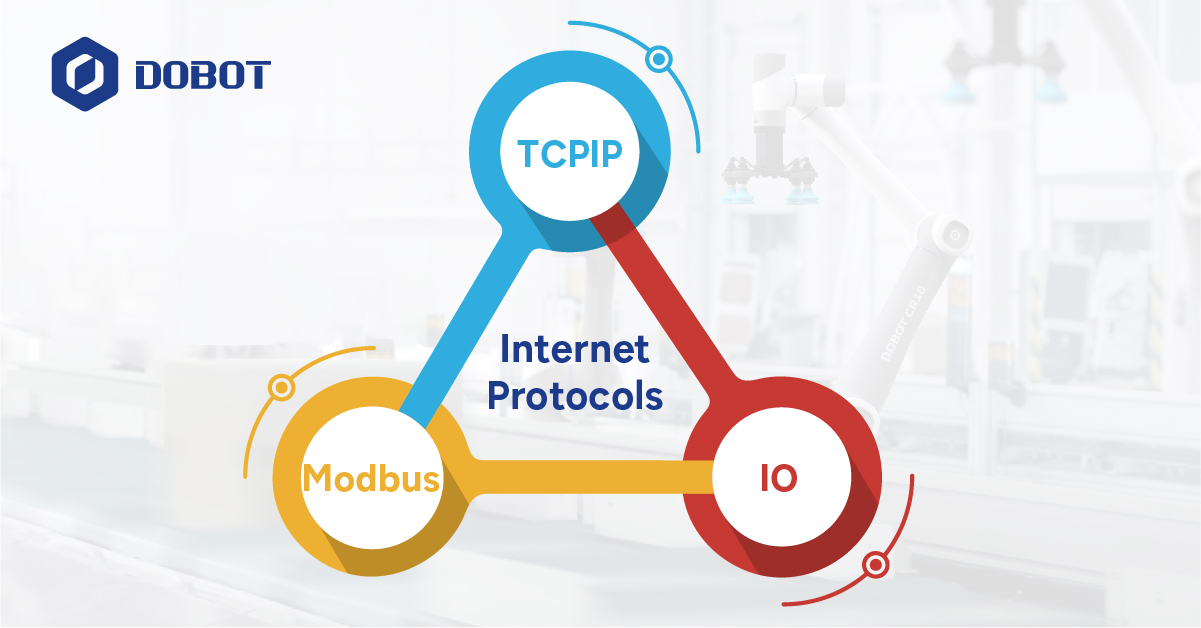 It is better to avoid unnecessary I/O interfaces. For instance, switching off debug output is one way to increase production run.

How to build robotic arm to cover a rich application set is a tricky question. It requires different skills and knowledge, while at the same time, users have to know an algorithm for installing DOBOT MG400. That is why the DOBOT team prepared for you a helpful guide to make it clear to our users how to install DOBOT robotic arms using MG400 collaborative robot.

Automate the future with DOBOT and deliver the industrial value today.