In the world of the innovative art technology, 3D printed models have become the rage. You can make own toy figurines, props for Halloween costumes mounts for action cameras like the GoPro, and so much more. The level of creativity offered by 3d printers makes the possibilities virtually limitless. So if you're looking for a full-color 3D printer to meet your printing needs and capable of mix color printing as well, look no farther than the Dobot Mooz full-color 3D printer. 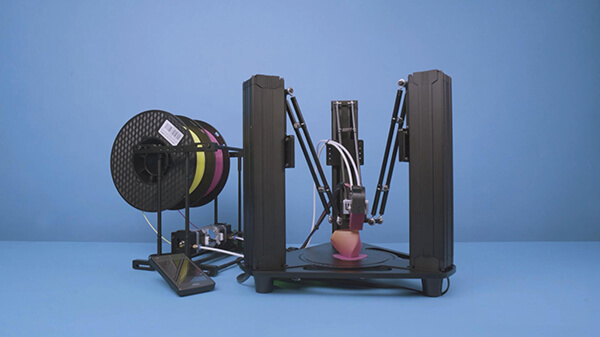 Manufactured from the same company responsible for the M1 and Magician Robotic Arms, the Mooz is a mixed coloring 3D printer that's fairly accurate in terms the prints it can produce. The printer comes in four different variants: the first three being the 1z, 2z, and 3z versions. There is also a full version that combines the functions of all three of the preceding z-type models. With this level of versatility offered by the Dobot Mooz, the numerous options available in terms of the models and the individual capabilities of the printers themselves allow customers to scale the features they want in their printers regardless of choice.

The Dobot Mooz full version is described as a transformable 3d printer, where it comes with two Z-axis motors offered in the 1z and 2z variants along with a 3z Delta configuration that is designed to generate vase-style prints as opposed to the Cartesian standard present in other 3d printers. In terms of pricing, the full version costs $799.00. At that value, it combines 3D printing, laser engraving, and CNC carving into a single industrial-style aluminum chassis. The laser engraving works on different materials including wood, plastic, and paper. The CNC milling feature that's tied to the printer gives it carving capability if you're looking for a precise carve. In terms of weight and size, the full version weighs 28.8 pounds, which doesn't make it too heavy to carry. Its fairly moderate size also makes it a worthy addition to a table or desk space since it doesn't use up too much surface area. It also comes with an SD card with instructions for use on the device and USB cable for connectivity with a PC. All the stats of the Dobot Mooz makes it is the best full-color 3D printer with mix color printing capability, an item you want to have at your house solely for its utility.

Another comparable printer that potentially rivals the Dobot Mooz is the BIBO desktop full-color 3d printer. Compared to its competitor, this mix coloring 3d printer is fairly boxy-looking in terms of its design. The size and shape of the printer alone make it somewhat awkward to place on a desk or table, as it takes up a sizable amount of space. It is also priced at $859.00 (derived from Amazon).

Despite its stats compared to the Dobot Mooz, it has an ease of operation that is comparable to its rival, where it can be operated via computer. In terms of weight class, the BIBO's weighs 35.3 pounds compared to the Dobot Mooz full version's 28.8 pounds. This printer model comes with its own filament so that when you take and assemble everything out of the box it will be ready to print. It has its own LED display which is not a feature included on many printers on the market. Since the Dobot Mooz is under $800, one may be forced to wonder if the BIBO 3d printer's extra dollar pricing is truly worth its value.

How to use the Dobot Mooz 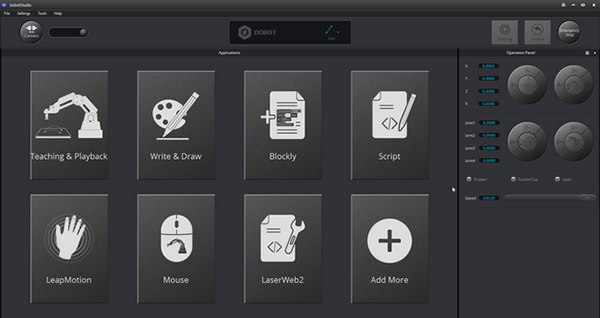 If you wondering how to print 3d objects from the Dobot Mooz printer itself, the link to the instructions are included here: https://www.dobot.cc/wpcontent/uploads/dlm_uploads/2018/05/Mooz-3-User-Manual.pdf Setting the Dobot Mooz printer up takes about an hour, as the different variants all come as kits. The individual parts that make up the printer would need to be assembled out of the box prior to use. Just like printers that print out 8.5” x 11” documentation, the Dobot Mooz require software to be installed on a PC or smartphone in order for it to work. Just like any other desktop full-color 3d printer, it is easy to operate, as the user accesses the application on the desktop of the PC or via the app on the phone. The user interfaces as far as the smartphone application is concerned is user-friendly. The Dobot Mooz utilizes its own proprietary software, dubbed as Dobot Mooz Studio. The program is made solely for the purpose of CNC carving and laser engraving. Updates can be downloaded directly from Robot's website to keep the software for the program up to snuff.

Thingiverse.com has a catalog of designs for the creator to employ. Rather than coming up with original creations (which isn't a bad thing unto itself), the website gives people different options on what to make when it comes to the end goal. The most recent creations that were uploaded include a Pacman Tic Tac Toe-style game, a 3d can handle and a cover for a wall fan.

The Dobot Mooz in Education

As educational institutions struggle with funding to purchase resources vital to the classroom, the Dobot Mooz full 3d printer serves as the economic solution for schools and teachers alike that are looking for an affordable printer. It can be used for instruction in different subjects such as art, biology, chemistry, and history. In a matter of speaking, printed objects that are related to the subjects at hand "can break students" eyes off the textbooks and engage them via aesthetic objects. After all, who wouldn't want to hold a cool-looking 3d printed object in the palm of their hands? 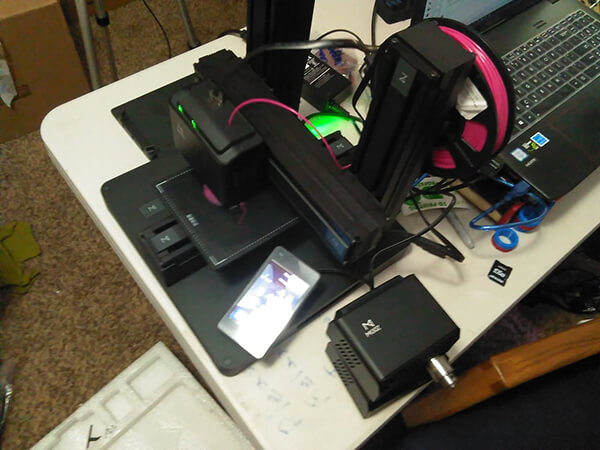 In summary, the Dobot Mooz is the best full-color 3d printer that is adaptable to your needs. It's a sturdy and durable device, easy to use, easy to set up, not too heavy, but small enough to put on a table or desk and can make accurate quality prints down to the millimeter. Purchase your copy of the Dobot Mooz full version printer today!