In the AI times, robotic arms have been developed to satisfy with makers, educators, or small-scale manufacturer. On the market, a lot of robot arms are available. For instance, there are simple arms, complex arms, cheap robot arms, and expensive robotic arms. Some entry-level robotics arms are easy to be manipulated, even kids can operate. 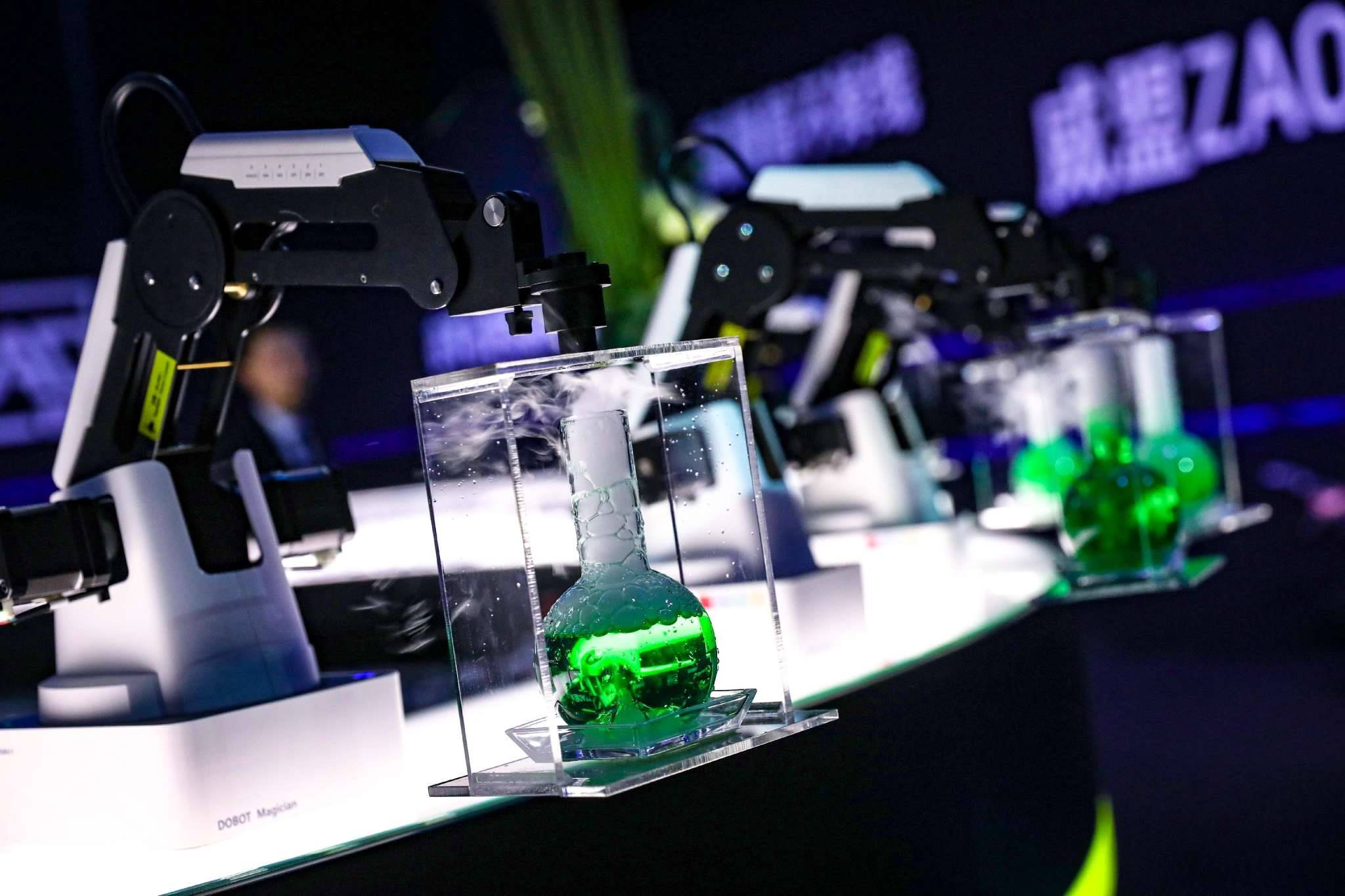 Nowadays, in some primary, secondary, and high schools, robotics curriculums are offered to get a student interested in innovation area. Experience in manipulating robots may build their passion in AI, and even influence their career choice in future employment. Thanks to its durable and solid body design, there is no need to worry about, what if it breaks down or smash into pieces. 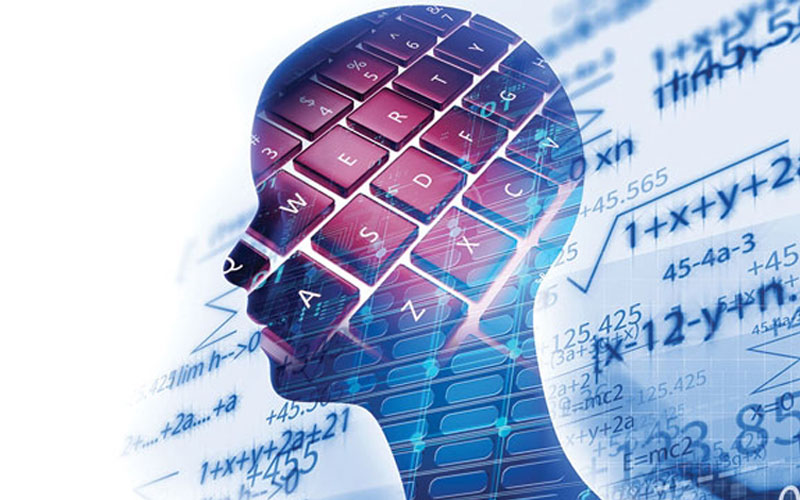 When choosing a robotic arm, there are several elements needed to be considered.

The first thing to consider is the robotic arm applications, that is to say, what it can achieve. This is totally depending on your actual needs. Some robot arms are possessed with multi-function, such as writing and drawing, 3d printing, pick & place and etc. Others may have just one function.  Knowing your purpose of using a robot arm will quickly exclude some needless robotic arm options and reduce products range.

In robotics, an axis can be explained as a degree of freedom. Axes numbers of robotic arm are depended on the number of motors. In general, 3 axes stand for the X-Y-Z axes. A 3-axis robot arm cannot tilt or turn. A crane is a good example of a 3-axis robot arm. A robot with more axes can access more space. Every robot has a given number of axes, cannot be added after purchase. A simple 4-axis arm will be enough for pick and place requirement. However, if the arm needs to reach every location available in space, then a 6-axis robot arm would be suitable for you.

Repeatability means, that Robotic arm can record movement and repeat it exactly. Repeatability range of most robot arms is about 0.5mm; sometimes the range is even more. For instance, if your robot is used to participate in a flow line, then an easy-to-operate and a repeatable robot is the best choice. However, If your purpose is far different from this, the repeating capability of a robotic arm doesn’t mean to you.

Here are 5 available and high-quality robotic arms. Please continue reading and have a look, which one is the most suitable for your needs. 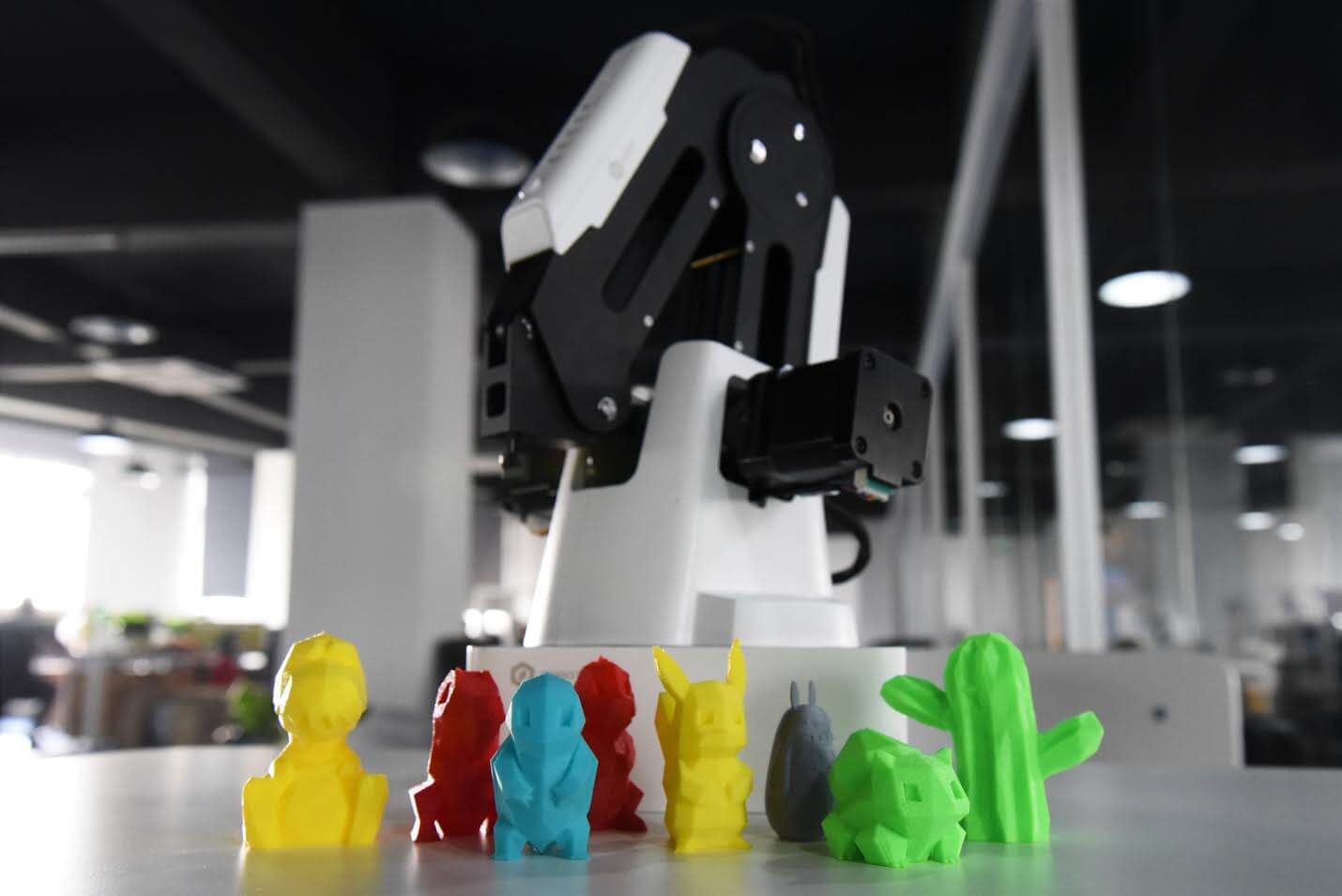 Magician is a multiple functional desktop robotic arm, which can realize various interesting functions, such as writing & drawing, 3d printing, pick & place, and etc. This 4-axis robotic arm is perfect to Makers, educators, and small-scale studios. Its interaction software-Dobot Studio allows you to control Magician with just several clicks. The high-quality aluminum alloy 6061 and ABS Engineering Plastic give users a good experience when using it. The Arduino-controlled stepper motors ensure it complete tasks more precisely. Users can control the arm using Bluetooth via a smartphone or PC.

In addition to its basic functions, 13 extensive interface and 20+ programming languages of Magician, allow makers secondary development. It’s necessary to talk about two of the Magician extended functions: Leap Motion Kit and Blockly.

How to realize leap motion control with Magician?

Firstly, connect the Leap Motion module to the PC through USB cable. Download the leap motion drive and install it. When finished installation, start up the equipment and open Dobot Studio. Click Leap motion and enter the main surface. Through leap motion, you can start, turn palm up, stop, set speed and scale ratio through certain gesture.

And what is about Blockly?

First of all, we need to learn about Blockly concept. Users can code in a puzzle format, which is quite uncomplicated and straightforward. Dobot integrated API is also offered as the alternative. Open DobotStudio and click DobotBlockly to enter the Blockly interface. The interface consists of 5 area, where you can open & save files, Back to Home & emergency stop, Running log and General Code, Logic & match, and the main window of blockly programming. Just custom the settings and Dobot will move accordingly. 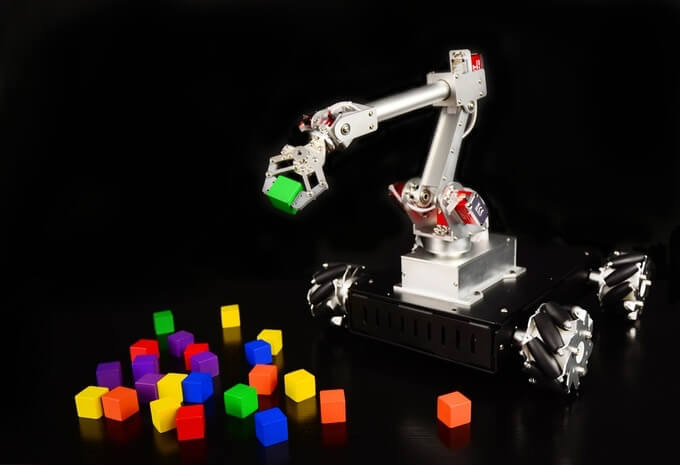 7Bot is a six-axis robot arm, which consists of the aluminum frame. Its high torque motor adapts 24W servos of steel gear, which allows providing a stunning stable operating platform. The servos allow position repeated with 0.18-degree accuracy. It can be connected with options for a vacuum cup gripper or a two finger gripper.

7Bot is user-friendly designed, with the ergonomic body. You can train it by physically directing it.If you want 7Bot to imitate and copy your movements, you need to use PC version to control it. It can also divide objects according to colors, just after programming. It supports secondary programming and an API for more advanced control. 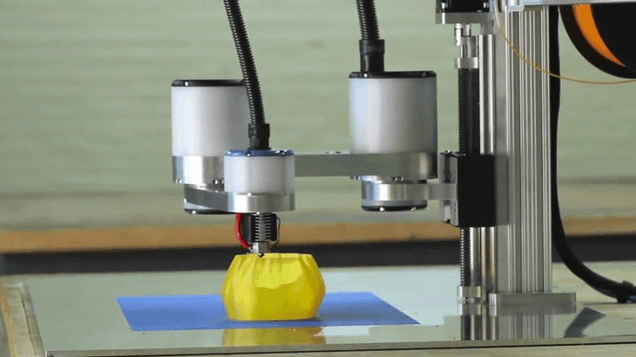 FLX.ARM is a highly cost-effective and precise robotic arm, which is equipped with 3D printing, electronics setup, and calibration. Only in combination with the FLX.CTL control hardware, you can make the most use of FLX.IDE robot arm. Different heads represent different functions, the arm has been programmed to quick switch between these heads. 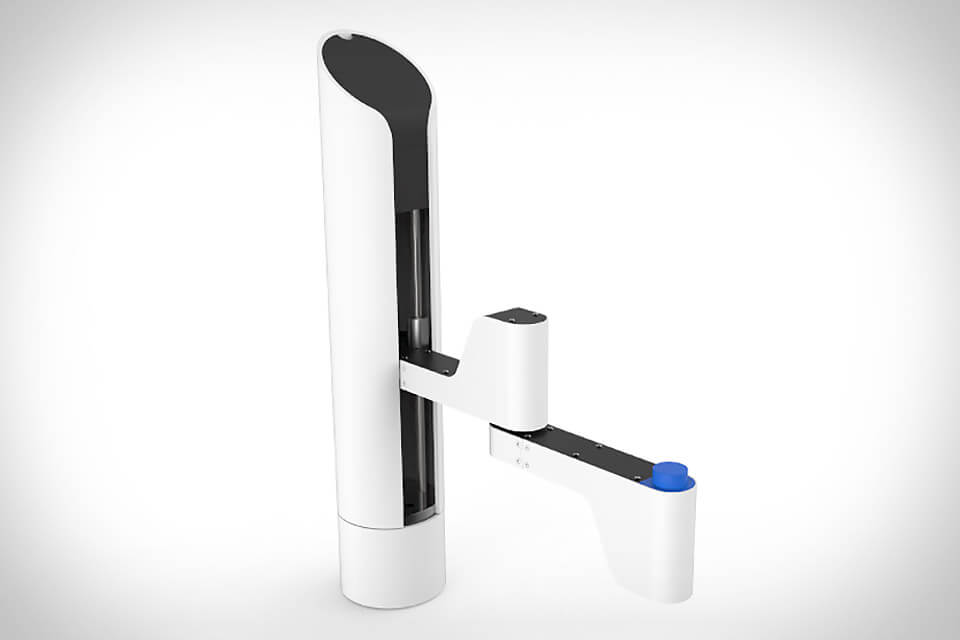 Makerarm is an all-in-one multifunctional robotic device. It is merged with 3D printing, writing and drawing, laser carving, CNC engraving, PCB fabrication and etc. So it can satisfy customer’s various requirement.

Makerarm’s foundation is small enough so that it can fit on the desktop. Exchangeable tool-heads allows you to switch between functions with ease. The robot arm can be connected via WIFI, so you can control it even wirelessly from anywhere. Thanks to its auto-leveling feature, there is no particular conditions for its operation places. It can work on any flat surface.

Evil Minion Robot Arm is designed by Marginally Clever company, whose president is Dan Royer. Dan believes that human being is going to leave the planet in the end. In his wish list, he has a plan to establish automated factories on the Moon. For achieving this aspiration, high quality and low-cost robot arms are essential to assemble equipment components of factories. Marginally Clever intends to design an educational robot arm with open source and open hardware features. Both three-axis robot arm and five-axis robot arm are sold on his websites. Five-axis robot arm was displayed at the TELUS World of Science in Vancouver.