On July 28, 2019, the World Robot Conference Final 2019 wrapped up in Baoding, Hebei Province, China. As part of the Final, the DOBOT Intelligent Manufacturing Challenge co-hosted by DOBOT, the Chinese Institute of Electronics (CIE) and Baoding Municipal Government revealed its winners, runner-ups and the third places in respective divisions. 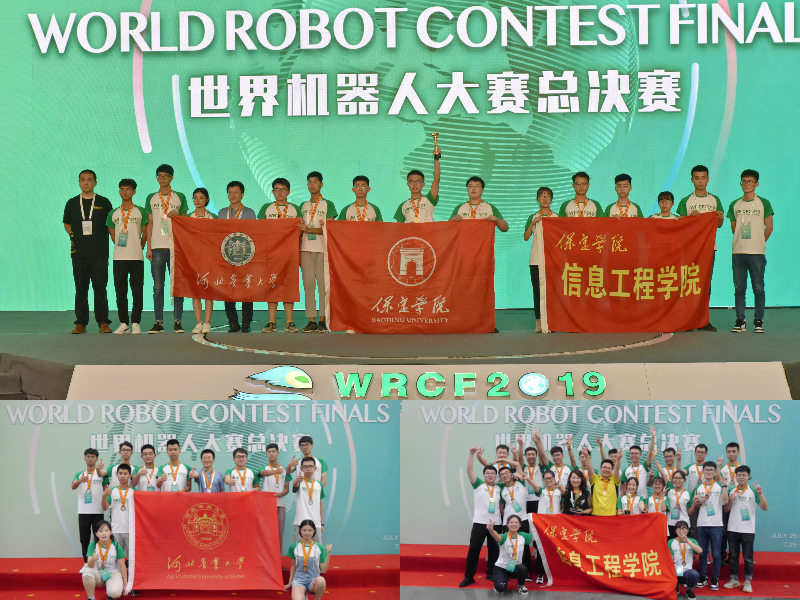 To win, a team not only needs to excel in the contest performance including engineering records, structural design, and programming but also have a positive mental outlook. The winners out of this contest will participate in the DOBOT Championship Challenge at the World Robot Conference Global Final in Beijing that will take place from August 20 to 22, 2019. 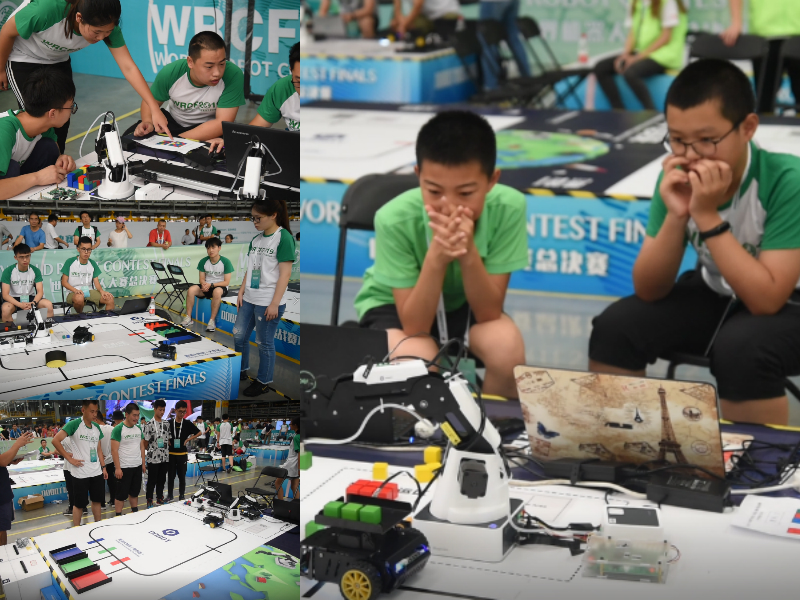 Throughout the contest, the contestants exchanged their ideas and experience on their works while the mentors had in-depth conversations about the difficulties in programming and designing. Teams at Industrial Robot Design Contest presented some productive and practical works that can solve relevant pain points for society. Most noteworthy, the competition obtained coverage from Morning News on CCTV, the predominant state television broadcaster in Mainland China. 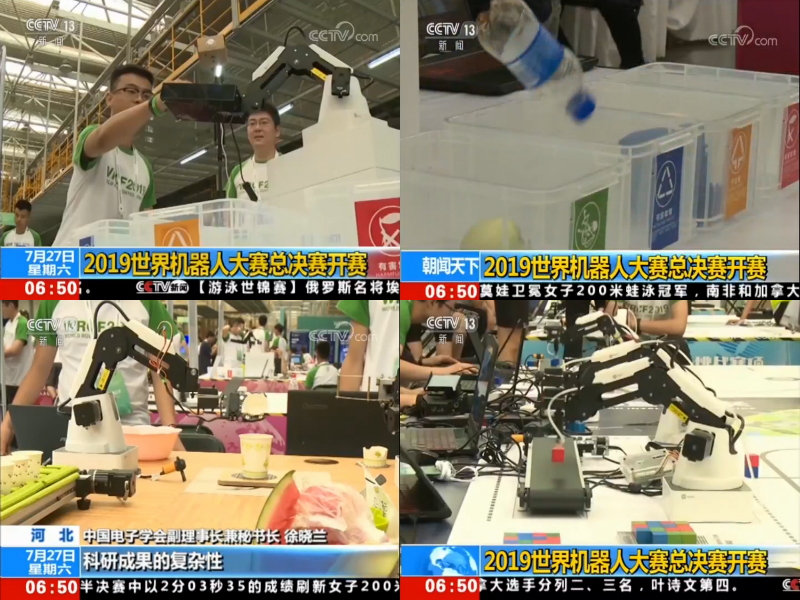 When it came to the hottest topics of social concerns in 2019, garbage classification grabbed the attention of some contestants. In response to the calls for mandatory garbage sorting regulations, students from Hebei Agriculture University showcased their solution—Garbage Sorting Robot. According to their design, residents only have to sort out their household waste in advance and put them into bags with different colors before dumping them into a trash can. The collocated garbage will be delivered to specific sorting areas. Last but not least, the DOBOT Magician integrated with vision recognition will sort out the bags for the last time based on their colors.

The team leader said, “It only took us two weeks to come up with the idea and finish the project. Despite some rough edges, it turns out great on the whole.” This group came in second in the undergraduate vision. 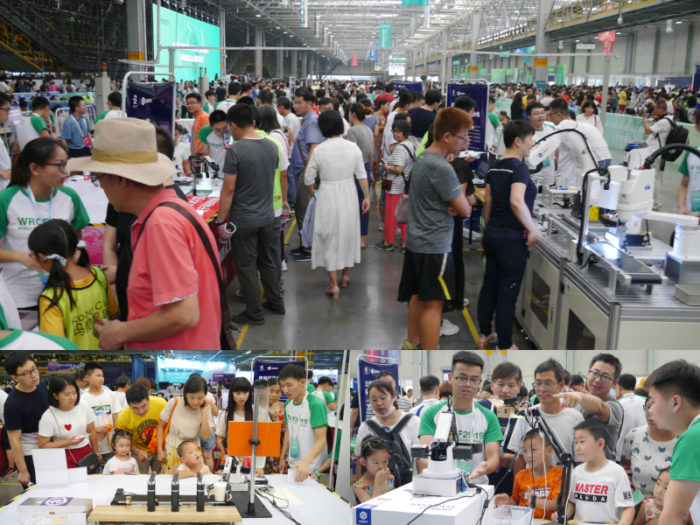 The DOBOT Intelligent Manufacturing Challenge is about simulating real-world logistics settings where programmed robots are responsible for feeding, blanking, and sorting out materials before unloading them in given areas. “The safest solution is to pick and place one wood block at a time, but this might be time-consuming. So for the sake of efficiency, some of the students are trying to debug their programming, hoping they can make the robot pick and place multiple blocks in one sitting,” explained Ms. Fu, head of the DOBOT Intelligent Manufacturing Challenge. 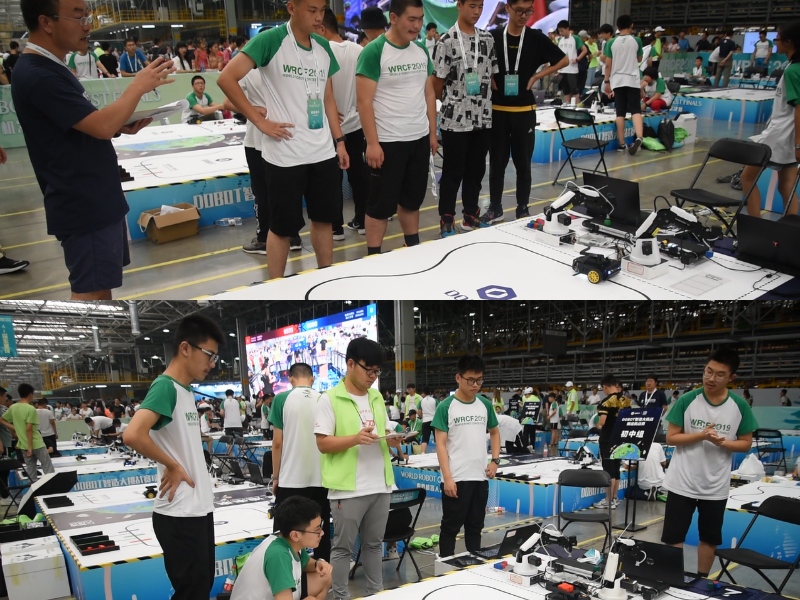 One of the tutors talked about how he felt about the contest, “Everyone was really focused and worked hand in hand to solve the problem and exchange their ideas. I think this demonstrates their uplifting mental attitude and solid knowledge. I think for all the participants, these three days have been filled with anticipation, laughter, and hard work. It’s been a fruitful trip and an unforgettable experience.”

All the contestants are top players who have been through layers of selections. The DOBOT Contest Committee hope that the contest, as a platform for the younger generation to exchange ideas, can stoke students’ interests in science, technology, engineer and math, develop their creativity and hands-on capability.

The World Robot Conference 2019 (WRC 2019) will be held from August 20 to 25, 2019 in Beijing, China. It is composed of the following three events: the World Forum on Robot 2019, the World Robot Exhibition 2019 and the World Robot Contest 2019. The WRC 2019 aims at promoting scientific and technological progress under the new industrial development trends in the world. It will be a good opportunity for participants to network with the international robotics community, to leverage international resources, to attract innovation resources, to use the platform for further international cooperation in the field of robotics and constructing long-term cooperation mechanism.