SHENZHEN, CHINA, May 30, 2019 - The 2019 DOBOT Intelligent Manufacturing Challenge (DOBOT IMC) started officially in March and its first round of international competitions enclosed with successes in Japan and Mexico, followed by the second round in May with a dedicated workshop in Hong Kong and a regional competition in Korea. Participants from South Korea, Hong Kong, Japan, Mexico, and etc. all showed great enthusiasm and capabilities to battle for the opportunities to compete in Beijing.

South Korea
On May 18th, the South Korea regional competition was held at Konkuk University in Seoul, South Korea by DOBOT's local partner ROBOGATES, an innovative company specializing in popularizing robotics and AI technologies in South Korean and providing related industrial insights to customers. Nine carefully selected teams from four universities joined the challenge and the representative team from the Vision College of Jeonju stood out of them all, earning themselves the spot to shine on the final stage in Beijing. 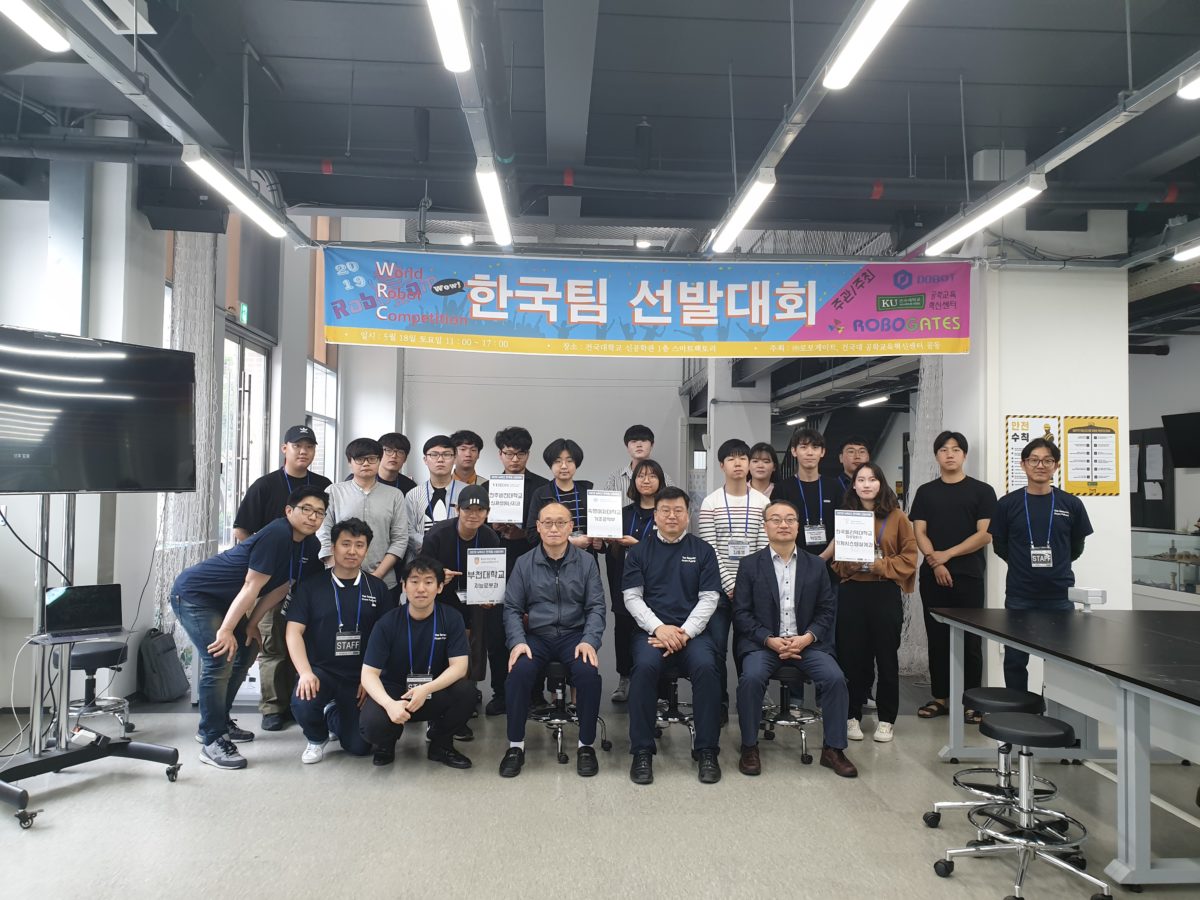 Hong Kong
On May 4th, Hong Kong Competence Education Research Institute (HKCERI) held a dedicated workshop for WRC-DOBOT IMC together with DOBOT's partner Union Enterprises, announcing the schedule and the rules for the competition and offering a chance for learners to get hands-on experiences of using DOBOT robot arms to finish different competition tasks.

Participants can learn concepts like transportation, logistics in industry 4.0, mathematics, programming-based learning and STEM. The Hong Kong regional competition is scheduled in July this year, and the winning team will fight with global competitors in the final round in Beijing in August. 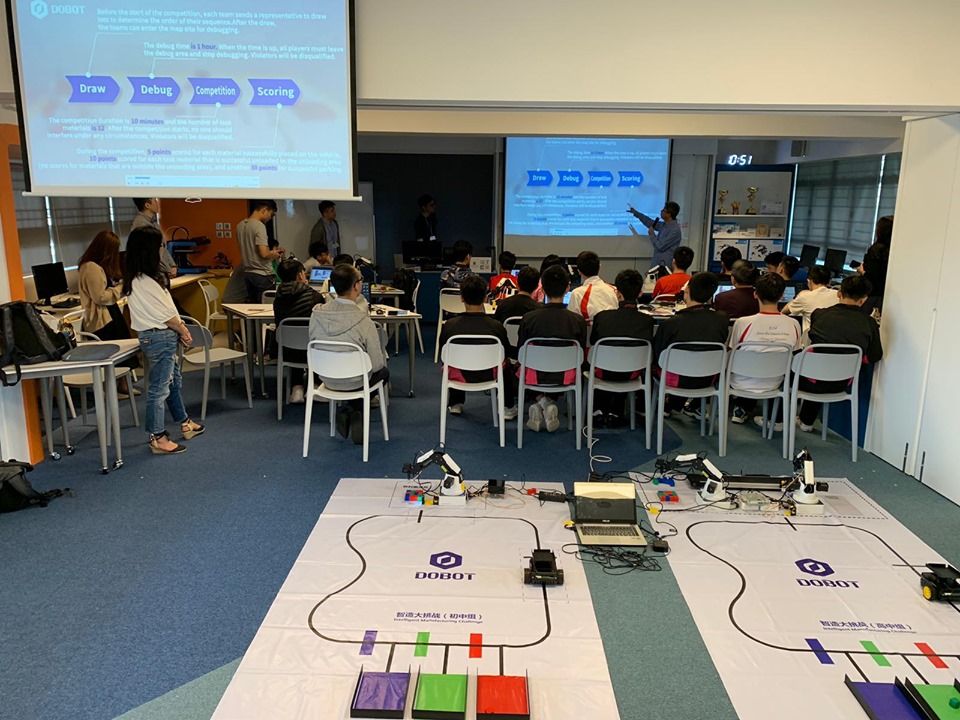 
Japan
On March 23, a pre-competition of World Robot Contest (WRCC) - DOBOT IMC was held in the city hall of Koto-district, Tokyo, and was supported by DOBOT and TechShare, a Japanese company focusing on promoting awesome technologies like open source hardware. Three passionate teams gathered here to experience the charm of robotic arms prior to the competition scheduled on 22nd June in Japan. 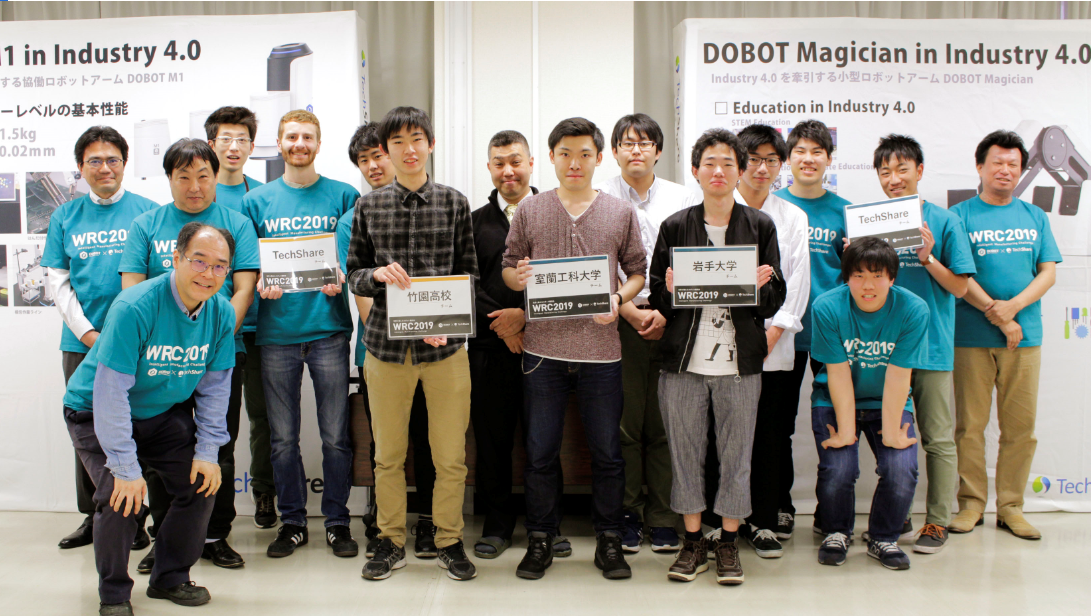 The participating teams showed quick learning ability and strong communicating skills. Some of them never used DOBOT Magician before, but still managed to develop a well-structured program with blockly to control the robotic arm. The winning team - Muroran Institute of Technology turned to be a dark horse, for they faced a fatal problem in the camera system, but then recovered quickly on site and surprisingly surpassed other teams. 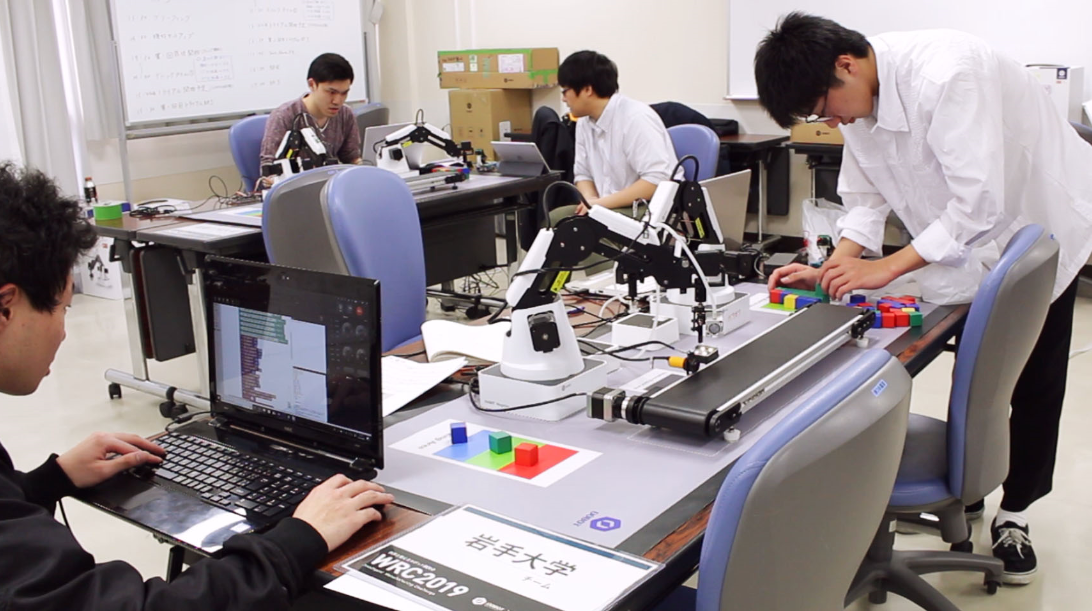 Representative student of the winning teams said: "I am excited that our team got the highest score. We all share the passion for robotics and learned to be an effective team during the competition. This is an unforgettable experience and I hope our team can achieve better results in the Beijing final competition!"

Mexico
On the other side of the world from Japan, another DOBOT IMC international competition was held in Cancún, Mexico in North America, from March 8 to 9. The two-day Mexican competition was supported by DOBOT and Reeduca, a local organization focusing on providing robotics training and education software.

A total of 10 teams with different backgrounds battled there, presenting a robot competition feast for the eyes. After a race against time, Team Montero BIS beat other 9 competent rivals by finishing the sorting, picking, and transporting missions in the shortest time, and was awarded a DOBOT Magician (worth over $1000). 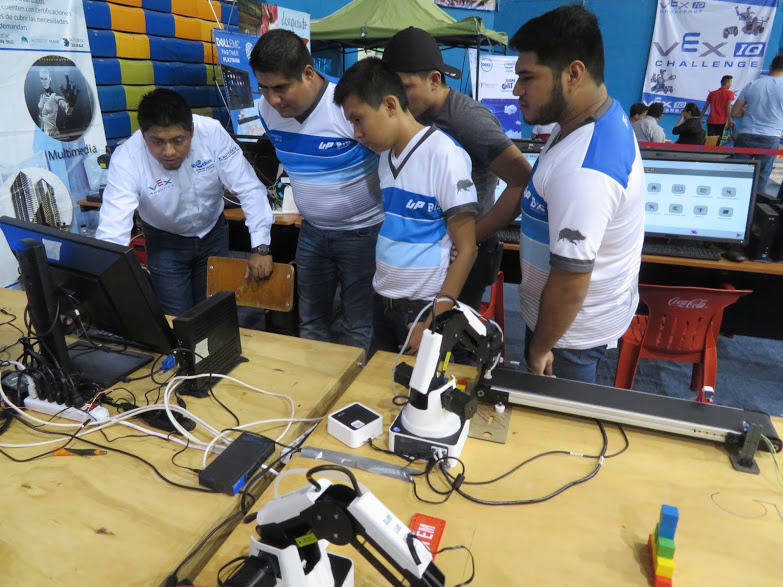 Participants Preparing for the Competition in Mexico

Francisco Wilson Robles, General Director of Reeduca and Academia STEM Iberoamérica, said: "The participation of young people in robot-related areas in Mexico has grown 372% from 10 years ago. That's really an exciting improvement, which cannot be achieved without our continuous efforts of launching robotics contests with supportive enterprises like DOBOT in the country."

2018 Saw DOBOT IMC Growing Full-fledged to Reach 1,000 + Students Globally
2018 DOBOT IMC was held successfully in Beijing, China from August 15 to 19. The competition helped invoke the young minds' interests towards science and technology, enhance their intelligent manufacturing related capabilities, to better prepare them for the increasingly changing future. Participants got the chance to experience a mini-version of industrial sorting and gain access to intelligent robotic arms, which have the potential to be widely used in future industrial settings. Nearly 300 teams and over 1,000 students were attracted and shone on the stage.

Go International and Beyond to Inspire More International Talents In 2019
Last year, DOBOT IMC attracted participants from India, South Korea, and Russia to fly all the way to China. This year, to make it easier for international talents to have a try of controlling robotic arms to do intelligent sorting, DOBOT will host international rounds in countries like Japan, Mexico, South Korea, Russia and China, in cooperation with WRCC. Eventually, DOBOT will select a certain amount of top performers from over 300 teams to compete in China for the final. Trophies and official certificates will be awarded to the winners of the year.


About WRCC
As an integral part of the World Robot Conference (WRC), the World Robot Contest (WRCC) has been successfully held for four years and has achieved great social impacts and made a contribution to science popularization. The 2018 WRCC brought together more than 10,000 teams and hundreds of top experts from nearly 20 countries and regions including the United States, Russia, Germany, Japan, and Israel. More than 50,000 contestants competed on the same stage and more than 500 media covered the contest.

About DOBOT Intelligent Manufacturing Challenge
DOBOT Intelligent Manufacturing Challenge is a global robotics competition platform for all-age learners with innovative spirits, with the aim to effectively cultivate top-notch robotic talents to better serve the needs of Industry 4.0 and the future. Launched in 2017, DOBOT IMC has been a key section of the World Robot Contest ever since, cultivating thousands of participants' hands-on skills in areas like robotics, industrial manufacturing, and AI.