Google I/O 2017 was held on May 17 at the Google Shoreline Amphitheater. Google's CEO Sundar Pichai announced that Google's next strategy would be transferred from"Android First to AI First" on developer conference. Many different new technologies such as Android Auto, Google VR have been shown in Google Cloud Experience Area. Dobot Magician, a desktop robotic arm, was the only Chinese product among those showcases.

At the Machine Learning area, Dobot Magician was implanted Google TPU2 and TensorFlow. It successfully showed practical applications of the latest technologies in the field of image and speech recognition and machine learning. Dobot Magician was called"Candy Sorter" in this showcase. "It's an amazing thing. It consists of so many different machine learning technologies in one single demo", "you can infuse machine learning into your apps without actually being a data scientist." said Mangnus, a Google staff. More video info, please click here. 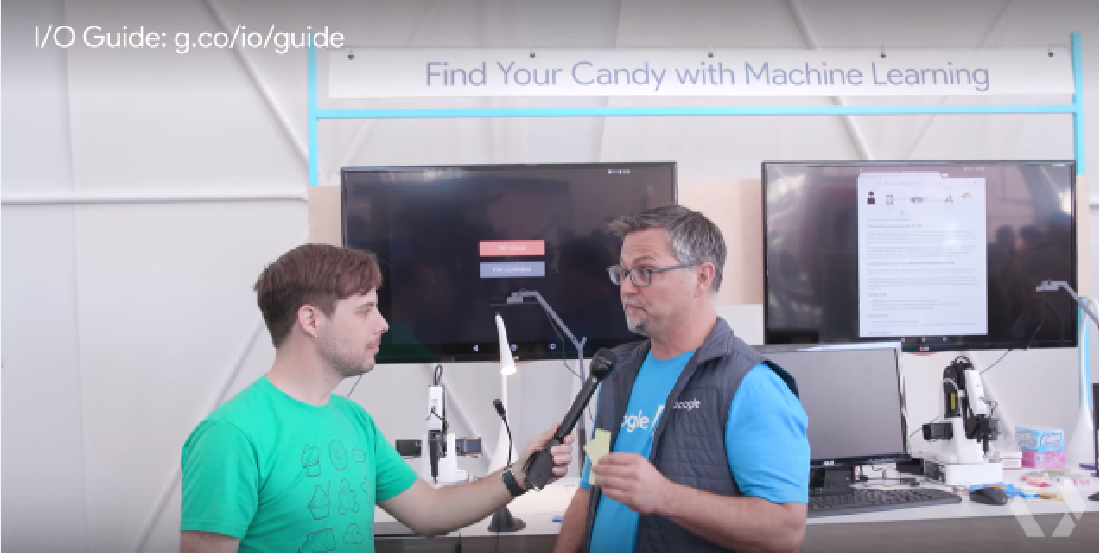 Timothy, the reporter experienced this cool stuff under the guidance of Dave, another Google staff. The reporter found it’s easy but interesting to control the Dobot Magician. Just through an APP or speak to the mike, the Dobot Magician could pick up what he want and put it in his hands. Dave explained that the Dobot Magician was armed with the Google Cloud Machine Learning engine, the Inception V3 Model. It can analyze and understand human language through a speech API and can recognize things under a little camera through Visual API. Because of those APIs, Dobot Magician could make a prediction in a short time based on the model embedded in the cloud and run in accordance with human will. 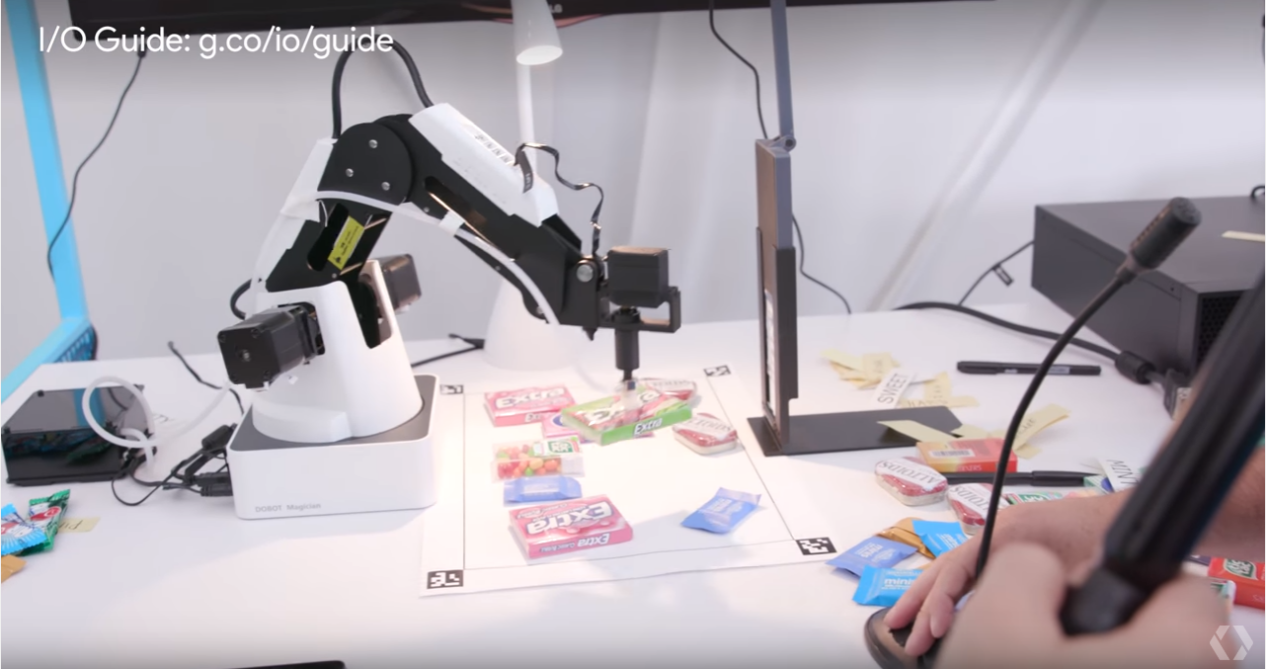 It's well-known that Google almost owns the most advanced robot technology and the best robot company in the world like Schaft. Why it choses Dobot Magician as display platform in the machine learning field? The reason lays in the unique advantages, such as opening APIs, high precision and flexibility. What's more, there are 13 extensible interfaces on the body. It supports major communication protocols such as CAN and Ethernet as well as over 20 programming languages such as Blocky, Python, C++, Java and Lab view. Dobot Magician can be second developed without any limitation.

Dobot Magician is created by Shenzhen Yuejiang Technology Co., Ltd, a high-tech company from China. Yuejiang is a leading company in the field of smart desktop robot arm, which the first companies in the world to bring the concept of smart robot arm to the desktop. More than 70% of Yuejiang’s staff are educated engineers like MIT, Harvard students. It owns 100% core technologies and over 40 international patents. The robot arms created by Yuejiang has been sold over to more than 100 countries and regions up to now.

The next station of Google I/O will be held at Tokyo Royal Prince Hotel in Japan from June 14 to 15, 2017. It's a good opportunity for Asian developers to know the highest and fastest technology in the world. Dobot Magician will be also shown there. China has been a leading country in science and technology globally. Take Dobot Magician as an example, looking forward increasing Chinese high-tech products will appear in more high-tech show in the future.