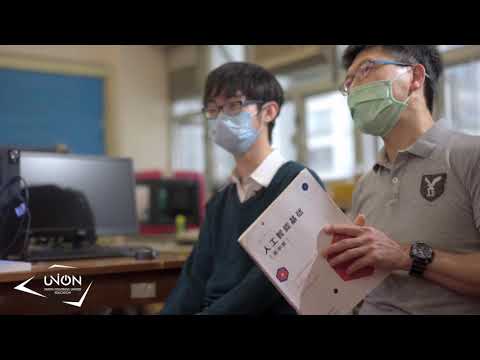 Mr. Lee teaches computer science and promotes extracurricular activities at S.k.h. Bishop Baker Secondary School, Hong Kong. Wanting to find out how he can make programming play its part in STEM education, he bought two DOBOT Magician robotic arms for his school. He approached some students who showed interest in programming and gave them some difficult tasks which involved problem solving using Dobot robot. He proposed the idea of playing Tic-Tac-Toe using DOBOT Magician.

The course is called Mi Teen Academy and offered 2 sessions per week, 6 weeks for each term. Students have been taking this course since May 2019. The programming language involved is Python.

Course Objective
To develop a solution for DOBOT Magician to play Tic Tac Toe against a human opponent. The core value of this course is for students to learn about the concept of AI, and experience the interaction between human and robot. This course also aims to advance students' programming skills.

During the course, students are required to operate DOBOT Magician with a camera to receive real-time images as input signals. They need to program the DOBOT Magician to analyze the images so the robot can react accordingly. It also involves strategic thinking, as students have to have a clear understanding of the tactics to win the game.

The flow of learning is as below:

-Identify the chess pieces on the board with Python

-Control the flow of operation with programming

“My name is Hong Ziluo, currently in the second year of high school. I joined Mi teen when I just started my high school years. I designed a program for DOBOT robotic arm. It is a Tic-Tac-Toe game where the robotic arm plays against a human player. After I finished the program, I played the game with a lot of my classmates. It took a lot of STEM know-hows to design this program such as mathematics, programming skills, and knowledge, the ability to process images and control the robotic arm.

A lot of logic and critical thinking are involved also. It was not a smooth ride. I had a lot of problems to tackle. It was really a process of learning by doing. For example, I needed to learn how to process an image, how to use a computer to recognize images, how to let it identity where the game pieces are, how to let the robotic arm know where it moves next, and how to make the robot accomplish all three levels and win the player it plays against. I felt like every time I solved a problem, I learned something new. Before this Dobot project, I have been doing a lot of programming, but only did this kind of project when I had free time.”

His experience of present the project at HKT 5G Tech Carnival:

“This whole experience is rewarding, valuable and fun. At first, I was worried that something might go wrong, but everything went really well. We met different people and demonstrated our project to them, explaining to them how it worked. It was challenging.”

Mr. Lee shared his experience with DOBOT Magician in his programming course.

“I wanted to make programming play its part in STEM education. So I bought two DOBOT robotic arms for the school. The priority at the time was to get the right people to use this product. So I approached some students who showed interest in programming. When I met Hong Ziluo, I gave him a difficult task. To my surprise, he programmed the robot to move on Python real quick. Moving to the next phase, which is problem solving. For this part, we need to solve problems using the DOBOT robot. So I suggested, why not play Tic-Tac-Toe? So we chose the basic three levels of the game to do this demonstration. Of course, the point is not passing the three levels. Instead, it's about through the use of the robotic arm to control and process images. I wanted to show students that they could learn a great many skills when they learn STEM at junior secondary level. This project is a result of teamwork. We spent our after school time doing these activities

Basically, we worked until 7 pm every day. Our time together really enriched our campus life. This project started as something we do for fun at school. We did not know that it got other people interested. We were really excited to be invited to present at HKT 5G Tech Carnival. When my students went out and demonstrated the project, they got a lot of recognition from the visitors. I think it is such a great thing that they know how to process images and control a robotic arm to pass three levels at such a young age.”

“I think for STEM education computer science is one of the subjects people most people can think of implementing in their teaching practice because it is easy to use programming in computer science class and there are a lot of tools available to help you such as Micro:bit, Arduino or DOBOT robotic arm. With these tools, programming is made easier because, with a topic or theme, it is easier to mock problem-solving scenario projects. Generally speaking, computer science is the one to get started with STEM education. But past that, we'd better have other subjects such as math. This project we did involves a lot of math knowledge and skills like how to switch coordinates and calculations. So to develop STEM talents from middle school to high school stage, we need a more interdisciplinary curriculum. If we can't do that, our STEM course will be monotonous. We will be stuck at computer and programming.”

Mr. Lee talked about how he felt about AI education

“I think AI education has a variety of elements. It is so much fun. But for the moment, I have not seen any AI elements added to our curriculum officially. But the good news is that everyone is ready to try. As a matter of fact, as early as 2017 a speech was delivered by China State Council, encouraging its citizens to learn AI and add AI elements to elementary and middle school curriculum.

I bought the AI textbook published by SenseTime, an artificial intelligence company. This book is an AI introduction for high schoolers. It is widely used in mainland China. After I bought it, I was so curious that I pored over it. I learned that beyond simple knowledge and applications of AI, there is a lot of other stuff in it and programming is just part of it. Also, there are advanced mathematics involved. So if you say we need to use computers to develop AI, I think we have two ways to do that.

One: we continue to use someone's library for simple applications. Two: if we want to go deeper into theories, we need to apply mathematics because you need the know-how of law of probability and statistics. If you want to learn image recognition, the mathematics it involved is very complicated. In academia, I see many ready-made products most of the time. If we want to go deeper, we need to think of the general picture. At least we need to adjust math and science computer classes, probably rearrange the curriculum from middle school to high school. We need to put these AI-relevant basics into the curriculum. Otherwise, we will have to use the AI that is written by others. I always want a set of curriculum that exists beyond extracurricular activities. I want to offer this program curriculum to middle schoolers and high schoolers so they could have more or less have some exposure of AI."

What Mr. Lee plans for the future

“Now I have a plan in progress, that is, to have students at Grade 7-12 to use DOBOT Magician as a tool to design some problems to write programs on Blockly to stack blocks over time, we will combine with Arduino or Python to control the robotic arm to solve some puzzles.”