Show your most satisfied multicolor 3D artwork! Get the chance to win an amazing DOBOT MOOZ-3 color-mixing printer!

Hey there!  I really love combining multiple colours in my prints, and recently I've been working on doing so with vase mode designs! 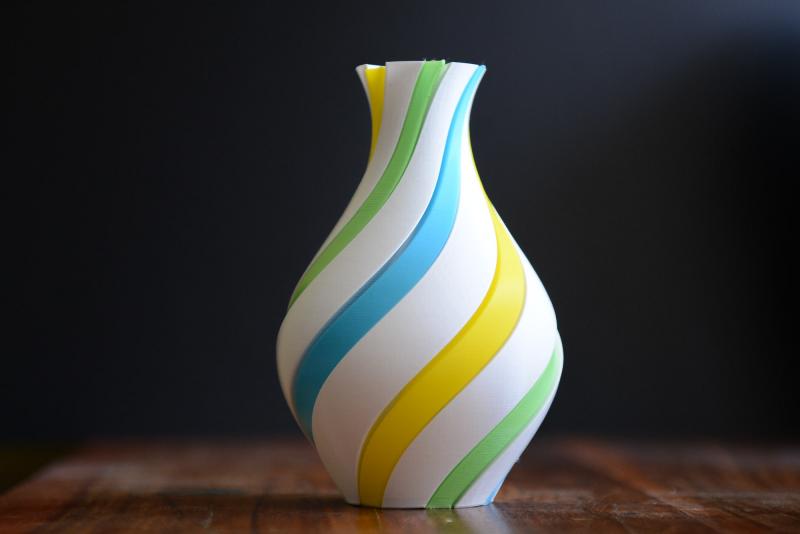 For those unfamiliar with the term, that's just the style of printing where the object is formed from a single perimeter that gradually traces upwards in a single continuous spiral.  It's great fun!  Different slicers might have different terms (Cura calls it spiralize outer contour ), but it's a very quick way to print, and results in very lightweight printed objects.

So, what's the deal with the colours?

I'm glad you asked!  So, while it's possible to swap filaments during prints, it really only allows coloured layers horizontally, and that's not going to work for this kind of design.  Instead, we're going to print a vase that has grooves inset into the shape, and then print stripes to fit into those gaps.

I have to admit, though, the body shape looks pretty cool even on its own.  Here it is, printing on my DIY printer: 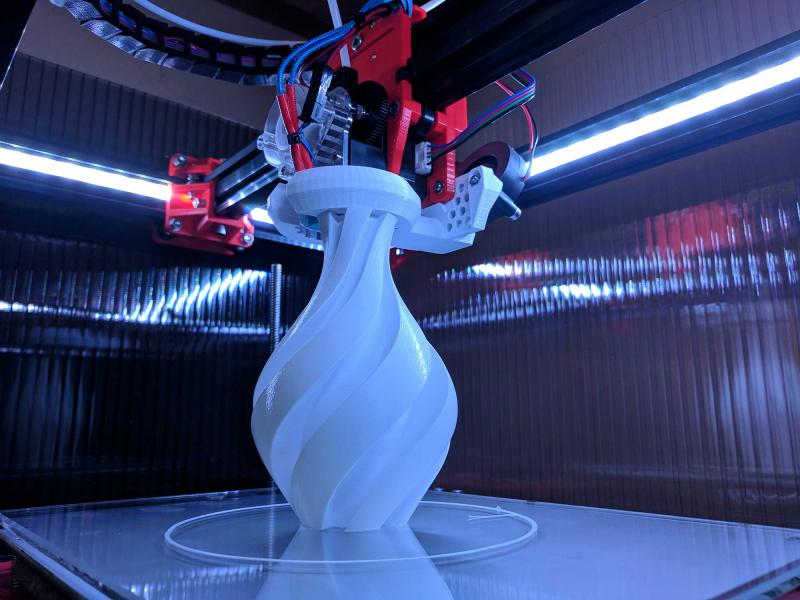 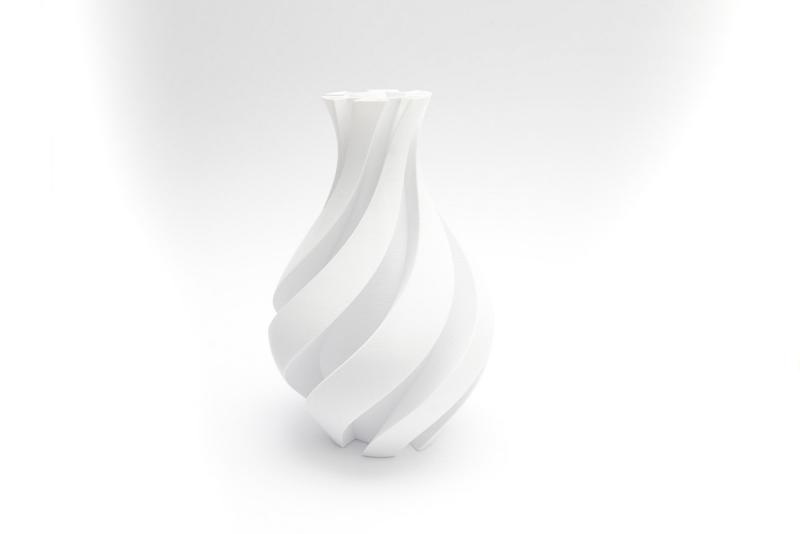 And now for the stripes

Yes, the stripes!  Looking at them, you might wonder how they're even printable without falling over, and I'll admit I had my concerns.  However, they printed just fine with a small brim!  Here it is in action: 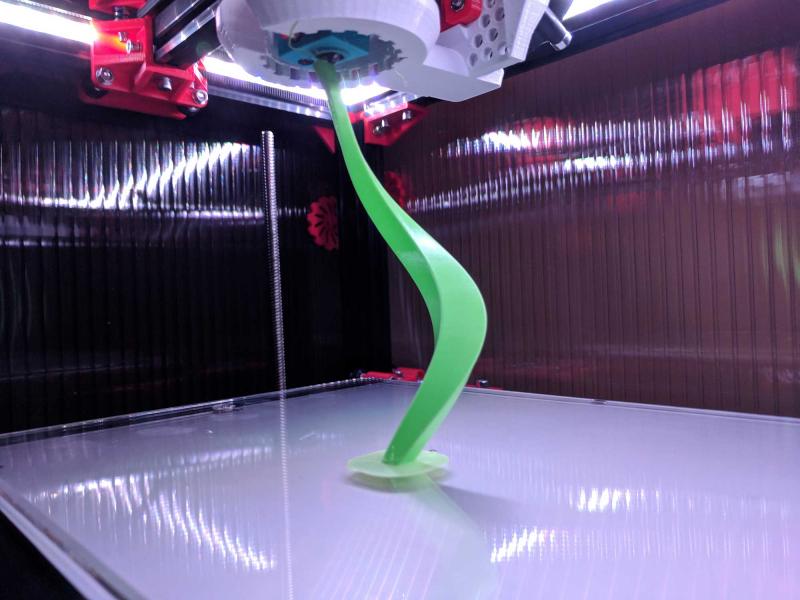 It looked crazy printing, but it worked out just fine, for all six of the stripes!  My home-built printer is the kind of design that moves the bed up and down rather than back and forth, though, which probably helps.  You could probably just slow down the print, though, and get it it working just fine on any style of printer. 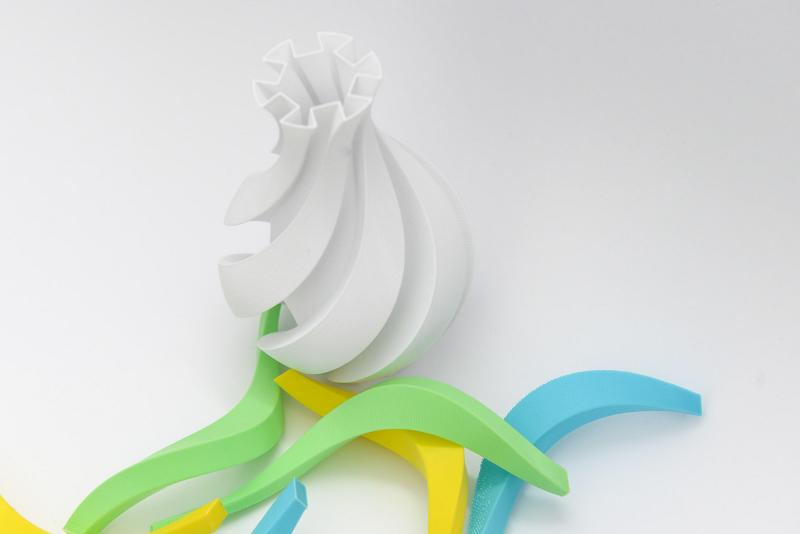 So, with the stripes printed, it's time to just press them into place.  It's easiest to slide the bottom in vertically from the widest part down, and then pull the top around and slot it into its notch.  Easy! 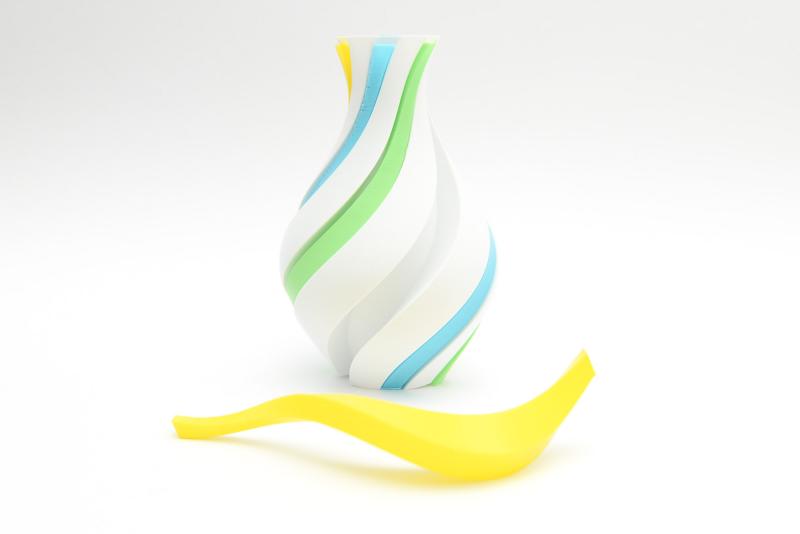 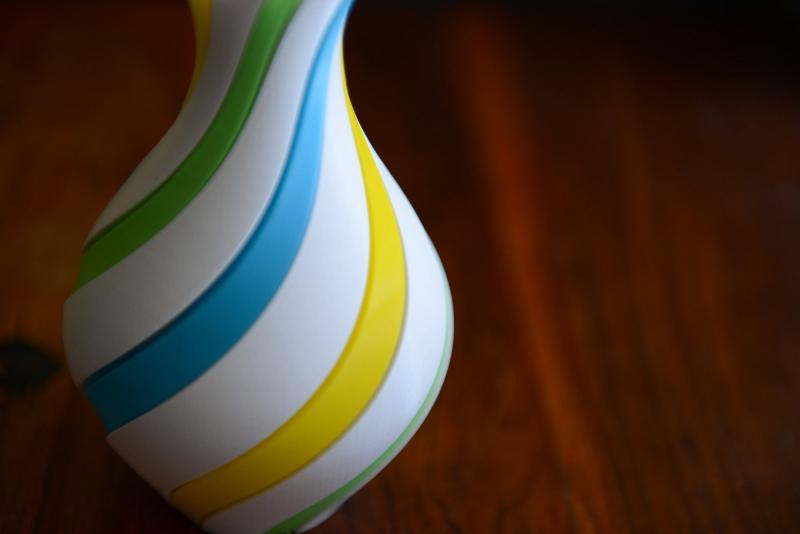 And that's it!  But let's talk a bit about how this was designed!

This design was built in OpenSCAD, a coding-based 3D design tool.  First, the shape of the base was constructed, a round profile with square cut-outs for the stripes.  Then, it was extruded in the shape of a sine curve, with the whole shape twisting as it went.

Stripes were built in the same way, though with a 0.5mm offset to allow them to fit inside the gaps of the printed vase body. 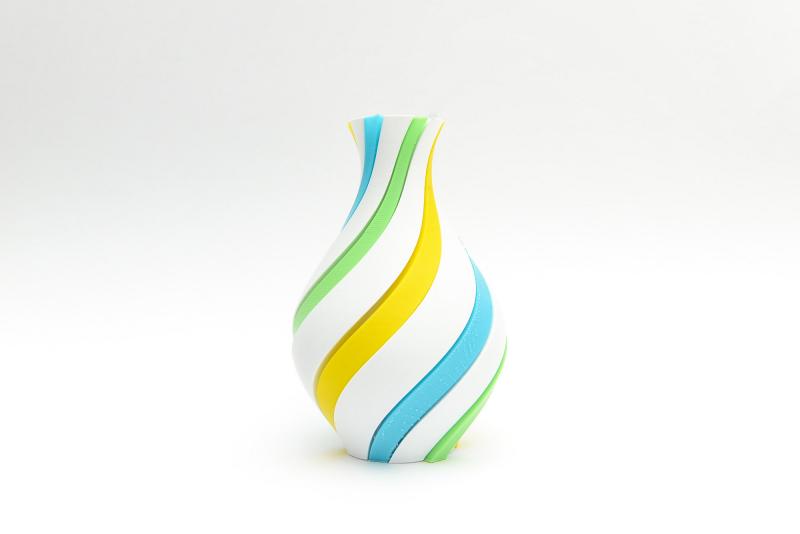